View character profile for: Antonio Cortez aka The Mask

OOC - Sorry I got distracted by one game and the damage control from the Houston flood. Just had my roof tarped yesterday and my power has been off and on due to maintenance. Its been a crazy couple of weeks. Also I was waiting on DaMaster to get back to us since he is in Houston too.

"At least tell us who the target is." Europa said, "You already have us right where you want us so what would it hurt. If the target is high value enough people with know they got out sooner or later and the name will be all over the news. Us knowing now is no different then later." she said holding Viola. That was until Wolfe separated the two, "Enough of that." he said. "You don't get to ask the questions here. We didn't even want to bring you. You were not a priority. How ever we because other wise with your little birdy missing you would start trouble. Heat breathing down our neck. I know you two saw my SUV if only one went missing it would look bad." Wolfe explained keeping the two apart. "You will not be in the same holding areas. Logical reasons really. Do that math." he said before escorting Europa off to a holding cell. All of this was in hopes of lighting a fire in Viola to want to get his over with.

Antonio looked at his watch then at his phone as he made sure they were in sync. Then he smirked as he gathered several items from his office and hid them under his suit coat. Under his suit coat was some unusual armor with a lot of small pockets. Each pocket seemed to hold way more than it should have. When he was done he put his coat on and headed to the warehouse to check on Michael's progress. He was greeted by Prime Time who told him things were well and on schedule.

Antonio then texted Wolfe on the phone.

Text:
TO: Wolfe
FROM: The Man

We are ready to proceed. Come to the car with the girls.


Antonio then had Prime Time fetch the car. Once everyone was gathered and in the car Prime Time took them to a barren location twenty five miles from the prison. Prime Time then parked the car inside an old and abandoned gas station garage. Then
they got out and Antonio led them to a secret elevator that led them underground to a secret tunnel. Once they arrived they saw a railway that led deep into the dark tunnel. After piling on the rail cart (similar to a roller coaster cart) Prime Time drove them a long distance as the only light was from the rail cart. Eventually they arrived at the end of the tunnel and saw a ladder attached to the wall to climb up. Antonio then held up a hologram orb in his hands to show the over all mission. He showed two faces in the hologram that hovered above the plans for the prison.

Antonio: Now for the plan. As you can see there are two men on the screen the first is our real target Andre Gail. 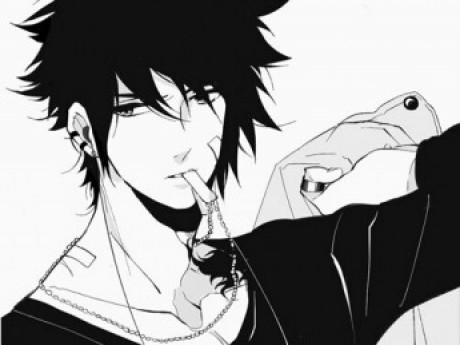 He is a speedster and ally of Mr. Steel. However in order to make it look like he will still be in prison I had Mr. Steel copy a convincing hologram into the orbs he is carrying. Michael your job will be to rescue Andre without alerting attention to yourself. Once you have him you will return here and wait for us. Here you will need this to hear me. (tossing him a blue tooth ear phone)

The rest of us will be rescuing this man known as the Hook. He is a nasty crime lord who takes pleasure in hurting women and torturing his victims. He has a fetish for young females so do be careful girls.

Prime Time: Why do we need him Master?

Antonio: We don't........he owes me money and I intend to kill him later on. He is merely a distraction to keep the attention from Andre. Since Mr. Hook is high profile they will focus their hunt for him and not us. This is where you come in Ms. Viola.......you will need to keep him barely alive for me and Prime Time will carry him out. Mr. Wolfe you will our tail end and Ms. Europa will keep your friend alive. This is only the first mission. I will take point since I have the timing down. Now that you have been briefed we will begin. Once we are up that ladder we are silent. DO NOT kill the guards. I care not for their lives but if they are merely wounded the other guards will need to stop to help them. This will cut down on their numbers. We will meet down here after Mr. Steel rescues Mr. Gail. Now let us begin.

Antonio tossed a few masks to everyone.

Antonio: Wear these to hide your face from others. It will create an illusion so each person will see a you as a different person.

He then closed the orb and put it into his pocket as he climbed up the ladder. When the time was right they entered through the closet drain on the floor by the mens shower. Since the showers were now empty from a recent use they snuck through them and Antonio then pulled out a device to hack the security systems. All the camera screens began showing episodes of Mighty Mouse cartoons. 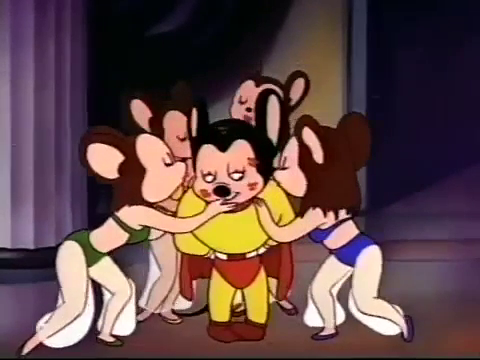 Then he sent Michael to get Andre as he led his group to get the Hook. Right away they ran into several armed guards and wolf sized mechs.