(this happens before level 3.)

It was after training Gray was sore but he had other things to do that day. He made his way to a familiar neighborhood. The one with the creepy house. He walked up the path to the porch and knocked on the door. The door of the one and only Dr. O. "Good evening sir. Would your daughter happen to be home. I was hoping to ask her a favor." he explained being quite civil despite his arms and fingers being wrapped to heal over night as well as a few bandaged on his face and one swollen eye.

Dr. Orpheus opened the door and stared Gray down as he gave him the evil eye since he was asking to see his daughter. He recognized Gray as one of Sharona's friends from school. He noticed Gray was injured and just a bit stronger than Zach, but in no way a threat to him or his daughter. After a growl he turned to to speak to the house.

Suddenly a Ghost came through the wall to see who was at the door and looked at Gray.

Sharona and Zach came out of the door to see it was Gray.

"Hey Shar. I got a favor to ask." he said dropping the plastic bag he had with him. "I need your help." he took out a hair bleaching kit. "I need you to help me get this color out of my hair." he was pulling on a lock of the blue hair that covers his head. "I'd ask Sky but she's busy." he explained. With a 'come on please' smirk.

Shar seemed annoyed as she was in the middle of doing something. She and Zach were wearing an apron. 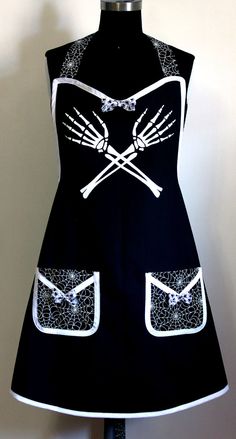 Shar: Well I was cooking with Zach.

Shar: But I wanted to cook with you.

Zach: Well I'll wait for you to make the desert then.

Zach: Sure. Besides Gray looks like he went through a lot of trouble to come here.

Then Dr. O vanished in a puff of smoke.

After waving off the smoke they invited Gray in and Shar read the box for the instructions. Zach went back to the kitchen as Shar led Gray to the bathroom. Since she was familiar with dying hair it really wasn't much of a challenge to follow the directions. Using the tub and the hair dye kit, she got started. During the waiting time she set the timer on her phone and checked on Zach's progress. Despite losing his memories, he was a natural at house chores and cooking. She found it amazing he could cook on a gourmet level in a short time. His domestic skills only added to her need to marry him in the future whether he wanted to or not. Unfortunately as her timer went off she finished with Gray's dye job leaving him with silvery blonde hair. After showing it off to Zach, Shar led Gray to the door since she wanted to cook with Zach.

After getting her help he said good night and that he'd see her tomorrow.

After 5 days of non-stop training Gray only nodded at the idea of all the tactics Major wanted him to implement. He was grateful for all the the training but he had hit a wall in power. He couldn't push past. If he knew his father maybe he could pin-point the focus of his training. Give him an idea of where to go from there. But Gray had started to fear that he didn't get any powers. Not abnormal powers anyway. Sure he could take down a robot, but compared to his classmates he had to try hard. So very hard. If not for his raw, gutsy, hard-headed determination he wouldn't even he in the hero class in the first place. That first day he broke all the fingers in his hands and most of them in his left foot. If not for the medical medical this place could do he might not have fought again. Before stepping into the sim he ripped the bandages off his face and unwrapped his arms, hands, and pulled the ones off his chest from under his shirt. "Okay, McQueen. Fast and loud. Call out when you need a break, and call out anytime it seems to adapt so we can tag off and hit them with something different." he said but didn't demand. It was a team effort and one can't fight alone. Gray ran his fingers through his now silvered blonde hair. Dropping his 'trademark' track jacket and not tying his usual 'hero mask' on. "Ready when you are."

As Gray and McQueen worked on their training, Major Victory watched them closely from the surveillance room and monitored there vitals.