The Dark Series - a play-by-post rpg

Nicanu gave a humorless laugh and said, "Always wanting what you can't have. So, who is your master this time? It's too bad even the fallen do not recognize you, an ancient to be their leader."

Gilbert smiled, his fangs large and black "no matter your words I do not plan to kill you this night only to enjoy telling you that soon I will have the pleasure of causing you the sweetest pain one can endure....and I will start with her" he said with a smirk and he heard megan cry out behind him

Nicanu turned as saw a wolf dragging his lifemate towards the icy waters. He jumped onto the wolf and quickly snapped it's neck. He removed her leg from the wolf's mouth before burning the wolf. He looked back and the rest of the pack and Gilbert were gone. He sighed and set to work healing her once more.

Stop! megans voice yelled inside his head catching him off guard since he had shut her out

What is it? he asked, worried and amazed.

He would slowly see her start to move, her hand reached out and grabbed his wrist, slowly she reached out her other one and weakly hit his arm you left me! you said you wouldn't leave but you did She sounded angry and hurt and even weakly tried to hit him even though she was too weak to even lift her head or open her eyes

I did not leave you, he said, holding her to him. I simply did not talk to you with my mind. I did not wish you to see such evil. I am sorry I scared you.

It felt like you left me...and then the wolf...and that other voice....it said such horrible things...it made me feel dirty.....He said I will be a alte avio päläfertiil

You are not cursed! Nicanu said. He is playing on your fears, little one! He is pure evil! If things happen to you, it is because he has caused them, not a curse! He and I used to be rivals as children, but he sold his soul for a moment of power. He gets joy from other's pain and fear. Do not let him win.

please understand....I am confused.....I dont know whats going on...voices in my head....wolves.....my life......has changed so much has happened and I have no answer...but the worse part is when you talk to me....none of that matters.....please give me something....even if its for a moment.... I hate the dark....let me see you please....help me open my eyes and escape this darkness...I need to see you her need beated at him, called to him, she was scared and confused and did not understand her intense emotions for him

Nicanu sighed and said, If I do this, you must promise me you will not look for me for another decade.

it depends......can you give me enough memories tonight to last me a decade?

I will only show you my face and tell you what you mean to me. That is all I can give you at this time. I want you to enjoy your youth while you can. You will find I am not an easy man to live with, and when I say something, I expect you to trust me enough to do as you are told.

ok....she said but he had the feeling she was hidding something

He resumed healing her before allowing her to wake. He watched as her eyes began to flutter.

Her blue eyes met his almost instantly, she used him to help herself sit up, pulling herself up by his shoulders making it so she came to sit in his lap "just as I thought....." she said looking at him with such kindness and care in her eye, her hands still on his shoulders

He was instantly lost in her eyes, bluer than the sea. Her hands set him on fire, and there was no way she wouldn't notice is desire. Everywhere he looked, he saw nothing but perfection and light.

"What..." he said, needing to swallow the lump in his throat. "What do you mean?"

"I dont trust you" she said and kissed him, her lips were soft and despite the cold they were warm,

Nicanu lost himself in the feel of her, the taste of her. He growled and laid her back. Where there were rocks before, now there was a bed of thornless roses. His hands ran over her, memorizing every curve until he could paint a perfect picture of her in his mind.

Her skin was as soft as the pedals she laid on, there was no way to describe what she was feeling, she was consumed by his touch, all thought leaving her mind, it was confusing and scary but it was also something she never wanted to end, a part of her felt she was not ready for what he was to offer her if they continued but god help her she ignored that part the best she could, her lips parted for him, her tongue gently teasing the skin of his lips, begging for entry, he felt her body respond to him, mold into him, he knew she was running on pure instict, getting a sense she was a creature of emotion, she did not know what she offered but she was offering it perfectly

Dante decided it was time to go get the twins and drove back to the ice cream parlor. Meanwhile, Antony picked up Anastasia and took her to their sleeping chambers. He opened the earth for her and placed her inside. Then, he wrote her a note, explaining how his training would help him understand her better. He reiterated what he told her before, and how the whole of the Carpathian community would look to her for guidance. Then, he place a ring on the letter. He wove safeguards within the ring so that she would be safe, but free. Then, he put two necklaces next to the ring for the twins, also safeguarding them.

Then, he was gone. 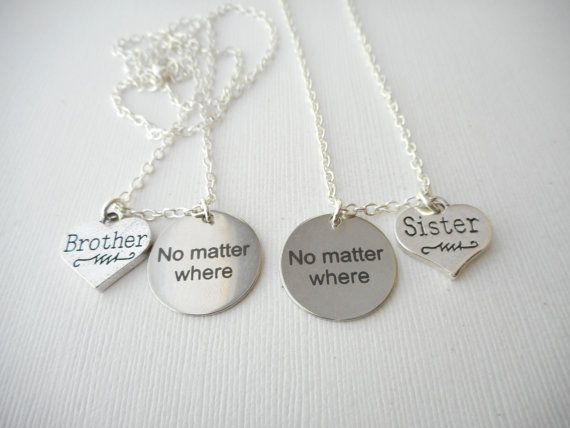 He stepped out of the shadows behind Ambrose. The Evil Prince.

"It seems you have finally come home, my Dark Knight," he said, looking at Emily. "This time, my compulsion will stick and you will do as I bid. How a child less than 10 summers could fight off my compulsion is a mystery, one I intend to rectify." He looked at Ambrose. "You. Take her to my lair. I must ready her for battle. It will be like old times. Her armor, her sword, all of it is waiting for her."

Ambrose knew what was about to come "it seems my encounter with Nicholi made me careless..." he said as the illusion that was Emily in his arms disappeared

"I will deal with this worm," said Dolen. "For now, you return her to her proper home. If I do not find her in my layer before dawn, you will pay the price."

He bowed and disappeared into the night

Dolen looked at Nicholi and said, "Tell me why I should let you live, and we will see if you can join my army."

Dolen smiled and said, "This a fun game. Come with me."

Emily slept fitfully in her room. She groaned in her sleep, as if in pain or saddened. "Ambrose." she said in her sleep.

Ambrose searched the whole city but could not find her, his mind was cut from hers though he didn't remember anything past the cave he was sure he had put her somewhere safe which was why he could not find her, eventually, he went back to the prince for his punishment

Dolen was waiting for him. Nicholi was with him, smiling. Dolen sat on his throne of bones, looking unhappy.

"I see my prize toy is not here, as I requested," Dolen said.

"Someone has hidden her " he said in a emotionless tone

"I see," said Dolen, who snapped his fingers. Ambrose found himself laying face first on the ground, unable to move. "I've tried whips, chains, I've even branded you. Yet you continue to fail me. Not only that, but my new friend," he pointed to Nicholi, "he found out some juicy information. I have a rat among my generals. I wonder, Ambrose, who that is. Which one is hiding such a large secret from me? One as big as, oh, say, a lifemate?"

"His women hold no interest for me," Dolen said, "and the Carpathians are close to turning, so they will join us soon. Now, I wish to learn the truth." He had two vampires pick up Ambrose so he could watch as a pool of magma rose through the cracked floor. "Is Nicholi's claim valid? Are you hiding a lifemate?"

Ambrose smiled "thats like asking me if Nicholi is hiding his own child, seems outlandish doesn't it" he said sarcastically

Dante snapped his fingers and Ambrose was suspended on a hook above the magma. "If you do not tell me where and who she is, I can't guarantee you won't get hurt. Now, talk!"

He smiled "Ok her name is rose and she is hidden behind the cave wall in his room, oh and she is how he has been able to see every move you make and make plans to take that nice throne of yours, " he said in a dark tone

Nicholi let out a roar and leaped towards him "lies!"

Dolen laughed before throwing Nicholi into the magma. "There, distraction is gone. Unless you want to join him, tell me who is your lifemate and where can I find her?"

"I dont know where she is...I only know her name and her scent...she was attacked by wolves tonight near the boarder....her name is Megan " he said wording his words careful so he would be telling the truth

Dolen gave a signal and Ambrose began to slowly lower towards the magma. "I see. Well, now to test your claim. My guess is that she will come to your rescue if you are hurt, yes?"

"wrong, she is not claimed and is completely human" he said bracing himself "but one thing I do know, you still need me"

"Bait should know when to be quiet," Dolen said. Ambrose's feet soon touched the magma. A woman's scream could be heard with in the cavern. "I believe we have made contact."

Ambrose growled "go ahead but...since the cats out of the bag did you ever wonder why Im here?"

"It's obvious you want to protect your lifemate," said Dolen. "As I have never met her, I do have to question why. This makes me think you are either lying to me and it is someone else, or she is valuable and I want her. It matters not." The magma began to return to the center of the mountain. "The point is, I have my bait. At some point, the call for your souls will bring her here and I will have her." Ambrose was lowered to the floor and chains covered in vampire blood were wrapped around him. "For now, I need to put you where you cannot escape. The stone room is good. Chain him to the wall and let him bleed a bit. I can't have him escaping me."