Jacob woke up. He was finally healed. He looked at Natasha in the bed next to him.

"Evening," he said with a smile.

She smiled at him and sat up " evening...we should get dressed and in our own beds before we are caught" she said looking around for her clothes but could not find them

He said, "You can think about the outfit you want to wear, visualize it in your mind, and it will be on you." He waved his hand and he was dressed in a white button up shirt and dark blue jeans. "See?"

She tried it and a Hawaiian looking outfit appeared on her, it matched her skin tone perfectly, she smiled and did a turn "thats amazing! is it magic?" she asked

"No," he said, enjoying her having fun. "We Carpathians are of the earth. So we can use the natural materials of this world to form what we need to wear."

Zandar came in and said, "We have a lead on Victoria. We found some dried blood."

"Really?" Jacob asked, going to his uncle. "Can you show me where?"

"You just finished healing," Zandar said. "And the kidnapper was human."

"Probably Michael, her ex-boyfriend and the man that raped her," Jake said. "I can find him."

"No, stay here. He is a human butcher and will kill everyone in this school, so we need students as skilled as you to act as a second line of defense after the female teachers of this school."

Suddenly a woman jacob had never seen before came in "zandar we found a corspe....it looks like a female was tied to a tree and left out in the sun we have been unable to Idenify the female but it was defiantly a carpathina

Jacob's face became so pale, he was nearly translucent. He felt like he couldn't breath, like his heart had stopped.

"Jacob!" Zandar said. "Even without binding her to you, you've spent time in her head, right?" Jacob nodded. "Then you have enough of a bond to know if she died."

Jacob nodded. But he didn't believe the logic of it. They had yet to exchange blood and he hadn't said the binding words. He couldn't even touch her mind. There was just nothing.

"do you feel anything? can you tell if she is alive?" natasha asked

With that, Zandar was gone. Jacob hugged Natasha to him, shaking.

"whats wrong? why are you this upset jacob? you said she wasnt your lifemate" natasha said in a worried tone

"That doesn't mean I didn't fail her, Natasha," he said. "I'm tired of being the family failure. First, a friend of mine runs away, then Victoria could be dead. All my fault."

"she ran away its not your fault, she rejected you remember I dont even know why she reacted that way if she didnt like you" she said and felt curious about it

"They were placed in my care," he said. "It doesn't matter what their choices were. I failed to protect them. That's all my family cares about."

"I was talking about that victoria girl...why did she react that way if she didnt like you" she asked even more curious now because he seemed like he avoided the question

She sighed "either way its not your fault...she ran and you have me now right?" she said in a hopeful tone

He smiled, kissed her deeply, and said, "Yeah, I have you."

He growled with satisfaction and said, "I like your way of thinking."

She moved and kissed the other side of his neck "is there anywhere we can go for privacy? where we won't get interrupted?" she asked near his ear

"I do need to show you your room," he said. "You won't start classes for a while. So it will be empty."

He took her by the hand, opened the window and said, "Hold on."

He flew them out of the infirmary. He took her into the air to show her the campus.

"The north tower, that's the boys dorm," he said, holding her tightly. "The one to the south is for teachers and is the entrance to the school. The one to the west is for lifemates that completed the binding ritual, and to the east, the girls dorm. The east tower is where you will be staying until I claim you."

She held onto him tightly, her heart pounding in her chest "what happens when you claim me? whats it do?" she asked

"It tells others that you belong to me and I belong to you," he said. "We exchange blood, make love, and I say the binding words. It is like a human wedding but deeper and you can't get divorced. Also, I can say the words to any woman, but they will only tie my soul to my lifemate's soul, because she is my true other half, the light to my darkness."

"so....its a way to tell who is your lifemate?" she asked as they landed

"Usually, you can tell just by looking at her," he said.

"do you feel that way when you look at me?" she asked

"When I look at you, there are no words good enough to describe what I feel," he said with a smile.

Jacob took her inside and said, "The upper levels are for humans and half-Carpathians, as they can stand the sun better than we can, and don't need the earth to heal them. Carpathians sleep below ground, so our rooms are in the basement." He opened the door with her name beside it. "The bed and stuff is for show. You can use your mind to lift the bed so that you can get to the soil underneath, where you will sleep. It's designed for comfort and to fool human parents that come to visit." 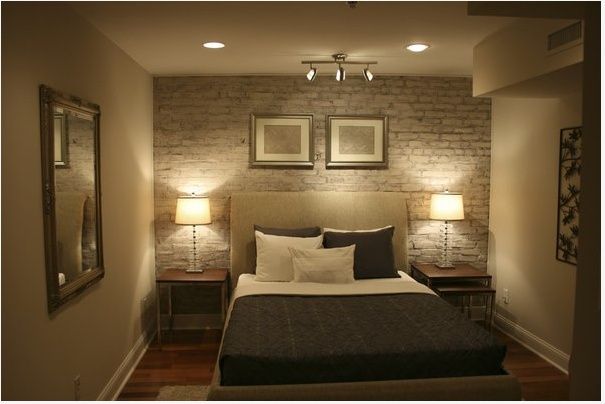 She was surprised at how much she liked the room "its nice....do I have to sleep in the ground?" she asked sitting on the bed which was soft

"It's safer," he said. "It also heals you and gives you strength. It will be disconcerting for you since you were human. It may seem like being buried alive, but it really isn't. When we go into a Carpathian sleep, we shut down our lungs and heart, and should anything happen, it protects you from our enemies."

It was hard for her to understand all of this and she could feel herself getting overwhelmed "ok...but until I get use to it...can I sleep o the bed?' se asked in a nervous tone needed comfort

"Of course," he said. "If I were with you, I could put you into Carpathian sleep, put you in the ground, then put you back on the bed so you could wake up comfortably. Little by little, I could help you get over your discomfort."

"then cant you stay with me?" she asked grabbing his arm

"Of course I can," he said, sitting next to her. "Since you were human and need a guide, I have to be with you until sleeping in the ground isn't as scary."

"When the sun is out," he said with a shrug. "We are vulnerable during that time, unable to move, except for early mornings or late evenings."

"thats kinda scary....what if we need to wake up like...I dont know some breaks in or the place is on fire.." she said still thinking like a human

"We go to ground," he said. "You are upset. Let's not talk about this anymore. Let's change the subject."

She nodded " so....what now? do I get fitted with my cap or something?" she said jokingly but before she could answer, there was a loud explosion that shook the building