Morgan had her latest maid, Alicia Belle, carry her 6 of her 8 piece luggage set. The school hadn't put in an elevator, so Alicia was breathless. both girls would be going to school. Because of how rich Morgan was, she donated a large sum of money and was given a luxurious suite at the top. Her room had a large living space, a bedroom, restroom, and a broom closet. However, Morgan had to have Alicia with her, so they were "sharing" the room.

Once inside, Morgan changed the shared bedroom so that Alicia was in the small broom closet and Morgan had a king size bed in the bedroom. 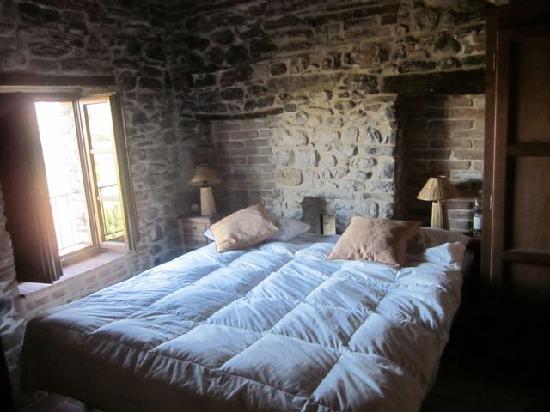 "You always amaze me, mistress," said Alicia as she began unpacking their things.

"Now, hurry up!" Morgan said. "I need to scout the school and get rid of all those more beautiful than I."

"There is no one as beautiful as you, mistress," Alicia said as she finished and turned towards Morgan. "They are all lowly worms when compared to you."

They began walking around the school, under the guise of looking for their classes. Alicia went to each room, gathered their books and gear, and carried all of it expertly. Many were shocked by her ability.

Suddenly, a boy ran down the hall and knocked Alicia down, sending their things everywhere.

"You klutz!" Morgan yelled, having been hit by some of the books and her fair skin quickly bruising. "Were you trying to hurt me?!"

"N-no, Morgan!" Alicia said, panicking as she tried to quickly gather their school things. "I'm sorry. I will pick this up right away."

"See that you do!" Morgan said.

"That is no way to treat your cousin," said a teacher as he came out of the nearby classroom. "Here, we treat everyone with respect, no matter their station."

"I understand, Morgan," said Alicia, picking up their books again, not looking at the teacher. "Sir, my cousin has been sick most of her life, so I try to help her out as much as possible. It is my fault she got hurt. She was right to reprimand me."

"No excuse for how she reacted," said the teacher, before he smiled. "So, you are Alicia Belle. A pleasure. When you and your cousin are done gathering your things for your classes, please return to me." He glared at Morgan. "Without Morgan Couture."

"I..." Alicia began, her heart nearly stopping as the man she had been seeing in reflective pools since she was fourteen stood in front of her. Her heart skipped a beat and her breath caught in her throat.

"She can't," said Morgan, anger seething below the surface. "We have much to do."

"She can spare some time," said the teacher. "I am Andros Katona, and I teach fencing."

Andros took the bags from her and said, "Then, allow me to escort you."

"We are fine," said Morgan. "Return our things."

"I will not," said Andros, growling at Morgan and then compelling her. "I will aid Alicia in gathering the rest of your things. Return to your room and stay there until dinner."

Morgan did as he said, but not because the compulsion worked. She knew this man was a Carpathian. If she acted differently from a normal human, that would draw attention. Alicia watched Morgan leave and wanted to weep for joy.

"Now, let's get to know each other, päläfertiil - lifemate," Andros said, his hand going to the small of her back.

"Open your mind and I will see it all," he said, his voice sending shivers through her. "You will also see all of my memories."

The rest of the afternoon consisted of them trading memories. Andros growled at her memories, wanting to destroy Morgan. However, because he didn't know the full extent of her powers, he could not attack her.

"I have warned the teachers of your captor," said Andros. "They will keep an eye on her. They are now going to that obnoxious room she created and removing your things."

"I believe she already knows," said Andros. "You are being moved to the lifemates dorm for your safety."

"We have mages in the school who teach our children," said Andros, holding her close. "They will break the spell she placed upon you."

"No, Andros," said Alicia. "I can help. Really. She believes she controls me. I can be your eyes. I will not be able to do anything to stop her, but you can. Please. This is the only thing I can do. Until we know what her real plan is, you can't claim me."

"I will agree to this," Andros said, sending word to the other teachers to stop what they were doing, "but only because she is an unknown danger, and she trusts you to be her obedient slave. And make no mistake, you are her slave. But one I intend to free as soon as possible."

"I've seen her abilities, Andros," Alicia said in a whisper, afraid that Morgan might here. "She can seduce any man. Some do not leave her bed chamber. Please, do not take the risk of facing her. If she tries to do anything to you... I will be unable to save you."

"Cisitri, you do not need to protect me," he said, inching his mouth towards hers. "It is my duty and pleasure to protect you."

Then, he kissed her. Everything in her instantly melted. They spent the next few hours talking and gathering her school things. They stopped by the cafeteria and picked up dinner. He then escorted her to the room.

"Rest safely, Alicia," he said with a bow as he put her thing on a table.

He left. Alicia smiled as she set the table until Morgan appeared with a whip and a box labeled "Toys".