Malachi wanted to gasp and lose control, but that would not do so early on. He slapped Victoria's ass, causing her body to move faster and harder. However, the pleasure her body felt was too much.

"Fuck me more!" she begged as she bounced. "Master, fuck me harder! Don't hold back! Hurt me! Please!"

Morgan stood up and said, "The dog needs to be punished. Malachi, take her to the circle."

"She just needs more training," He said over Victoria's begging. "It was too early for this, milady."

"I understand, Lady Morgan," Malachi said, trying not to growl.

He made Victoria get off of him and lead her to the punishment circle. The woman from the cage was there as well, was tied to a post being beaten for not giving her name. Across from the woman was a man Victoria knew as Thomas Wright. When hit with the whip, they gasped in painful ecstasy.

He was captured at the same time as the woman and he is the adopted child of a well known family, Malachi said as he chained her to a third post. Both of them were used and abused so badly by Morgan that they are no longer free thinking. They live for pain and other things. Just as you do for me, they do for Morgan, only there is no thought, just mindlessly following their master's orders. They have lost who they are and could have been. A vampire gave him a whip. This will scar, I am afraid. The whips used are coated in my acidic blood. I will take on the pain because it means little to me to feel it. You just scream loudly, alright? Since this kind of thing has not been done to you, it will not feel good. After a while, I will tell you when to shut your body down and go into Carpathian sleep.

Dont take on the pain...ill be ok. you and I both know it needs to be done that way She said bracing her self against the pole

If you are sure, he said as he flicked his wrist. There was a sharp crack in the air and them searing white pain across her back.

Malachi ordered, "Say, 'Thank you, master. Do it again.'"

Victoria couldn't say anything, the hit caused her to hold body to seize, after a moment in weak tone she said "thank you....master..do it again" She said and could not keep the sob from her tone

He whipped her again and again, making her beg for him to do more. Every time she said it, he could feel her mind shattering. It was not long before her legs gave out, but he had to keep going. Her back was a mess of deep slashes, the blood running down like a cape. There were so many scars that they merged together. Pass out already! he practically begged as Thomas and the unnamed woman were carried away and put to ground. If you don't, Morgan will take over and the pain will be so much that your mind will shatter! I'm trying to keep that from happening but you keep fighting to stay conscious! Pass out now! Please!

She coughed up blood and gave in, she couldn't take the pain anymore, her heart began to slow and when she thought she was just about to get relief and sleep a wave of conversion pain shook her and she cried out "He didnt say you could sleep did he?" said Morgans voice behind her

Malachi wanted to lash out at Morgan, but he had to keep going. After another ten lashings, he put the whip down.

"She has had more than enough," he said, hiding his own exhaustion. "She didn't need to be..."

"Slaves listen, they don't pass out because they feel like it," said Morgan. "You are the owner and trainer, and therefore can't be nice. If I catch you being nice to your slave again, I will take over and you can watch my way of training."

"There is no need," said Malachi. "I understand. I just thought I would work up to the larger numbers. That was nearly 50 lashes. Your slaves may be use to it, but mine is not. I don't use physical punishment."

Morgan smirked and said, "Oh that's right. You had to watch your lifemate and child be turned into a vampire's slaves before they killed each other on his orders. Now, you are just like him. But why do you refuse to use pain like he does?"

"I may be training her as a slave, but I don't have to use the same method as him," Malachi said, resisting the urge to clench his fists. "Besides, I destroyed him as a new vampire. What did that say about him?"

Malachi dragged Victoria to his cave and placed her on her stomach on the bed. He healed the wounds to the best of his ability, but there were still raw, aching scars on her back. He splashed water on her face.

"Victoria, are you okay?" he asked. "I tried to keep your mind in one piece. I need a sign that it worked. I need you to wake up."

She moaned in pain, he could hear her start to cry, she moved her hand until it found his, when she touched his and she gripped it tight and started to cry harder. Her mind was there but she was still traumatized and shaken. At that moment and for the first time he could feel she was seeking comfort from him. Whether it was intentional or not she made him fell like she was his lifemate who needed to be comforted, that she needed him

Tears fell. Looking at Victoria in that moment brought his lifemate to the forefront of his mind. Lisa... He locked the door and warded it so no one would hear them or enter. He broke down, his head on her hand. Images of his mate played in before him, before she was stolen from him. He wept and begged for his mate's forgiveness. Victoria saw it all, the beautiful woman smiling and laughing, playing with a child. But then the memories turned dark as a vampire tortured them while he, a great hunter, was weak and helpless, stuck to a wall with his blood draining from five large spikes stabbed through his body. He could not save them and they needed him most. You remind me of her, and yet I helped do this to you... I'm sorry, Victoria. 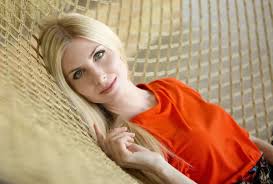 She forced her self to move which made her cry even harder. She laid her head in his lap and just laid there crying. She needed comfort and so did he, as they cried together his need to be comforted filled her as well. She painfully sat up and touched the side of his face. She knew she was not his lifemate and so did he, but in this moment all she wanted was to comfort him and herself. She kissed him, gently at first. She could not control her shield yet but in school she had learned about the soul and healing light. She found part of the man he use to be that still lived in him despite the loss of his soul. She grabbed onto it and her kiss became deeper, her tongue dance with his as she filled him with the feeling of a bonded lifemate I know I am not her, but in this moment pretend that I am and take comfort in me

Not with you still in pain, he said. In a way, I am grateful. You gave me back memories I buried so deep, I could not find them. I can feel her with me. No, you are not her, but I can pretend. The sun is rising. You and I will share the same earth this day. I believe we both need to cling to someone for comfort. In this, there is no arguing. You will lay next to me every night, remind me of why I am doing what I do, and provide solace when needed. I will do the same in return.

She kept kissing him but let him pick her up and take her to ground with him. She didn't argue and she didn't stop kissing him until they both went to sleep. With her laying on top of him. Holding him close.

Alexander growled in answer, sending more shivers through her. He filled her and sent her over the edge hard. He collapsed on her, his elbows holding him off her just enough to not crush her, but she felt his weight on her, pressing her into the wood of the desk. He closed the wound on her shoulder and tried to catch his breath.

"I didn't hurt you, did I?" he asked after a moment, flipping her over, but never leaving her tight core. He began moving slowly as if he could not help it, but also to ease any pain he may have caused. "Because I have not worshiped you nearly enough this night. You scared the hell out of me Sora. I need more proof that you are real."

She moaned "take as much of me as you want but I need to feed from you" She said as she arched seductively when he hit a sensitive spot, her fangs showed from her gasping mouth. Every inch of her was toned, she had the body of a warrior.

He began hitting her g-spot hard, saying, "It is your turn to lose control. I was pure instinct, but now you need to be pure feeling."

"I hope what they say about your past is true alex, your going to need those skills if I lose control" She said grabbing a hold of his shoulders and bringing him down to her. She bit into his shoulder deeply, hitting a small yet giving vein

He gasped and began playing with her sensitive clit before saying, "Just forget my past and focus on what I am giving you."

She wrapped her arms and legs around him, making him shove deep inside her, her nails dug into his back as her body pressed hard against his your past is a part of you and I want all of you, so no I will not forget it

I want you to forget your own name because I am that good of a lover, he said. Yet I feel like I'm losing control again.

She leased his neck and closed the bite, she lifted her head and kissed him deeply Ive never lost control before, ive always had to be in it but....I cant keep my thoughts straight, im afraid of what might happen if I let go she said not hiding anything from him. She knew it was pointless, they were bonded.

You can lose control with me, Sora, he pointed out. If only with me, lose all control, as I will with you.

It was the first time of their bonding and it was to strong for her to fight. She felt her control leave her. She cried out and arched back, keeping her legs and arms around him "Harder! " she demanded. He felt her become more wild. She wanted it rough and deep, she wanted him to challenge her, to dominate her. She didn't care what they broke or how sore she was. Unlike some females she raved his beast, she wanted it to devour her.

He let his beast out to play a second time, his fingers leaving even more bruises on her as she lost all sense of time and space. Both seemed to lose control at the same time, both devouring the other as they climbed ever higher.

Continue story
< Prev : Broken/Healed/Agatha/Prisoner 2 Next > : Time on the Road/Lifemates/What Now?