The day you find you are a sidekick! 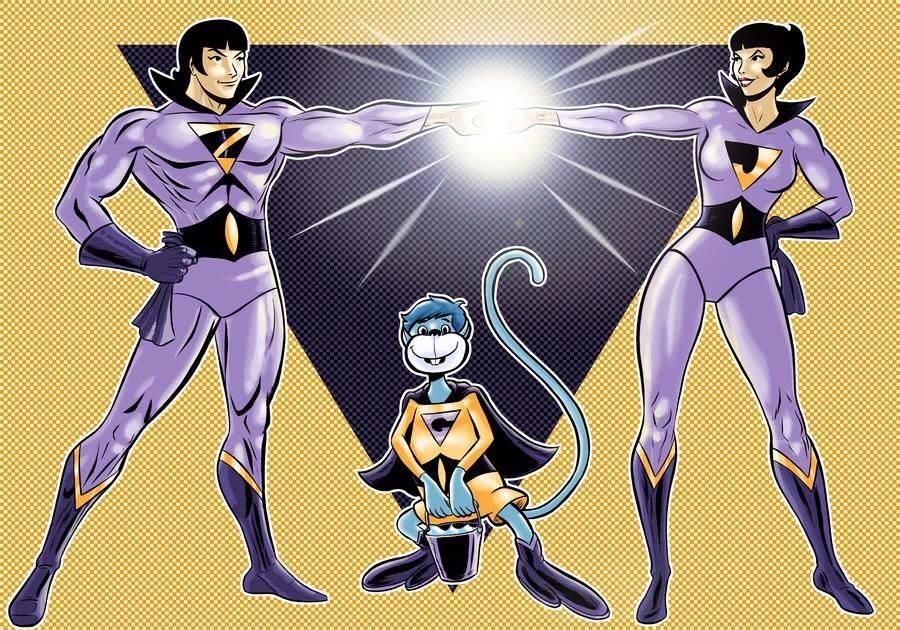 "Come in guys." the man behind the desk beckoned the twins in as he stood up shaking both their hands."Thank you for coming. Please have a seat."
"Let me introduce myself. My name is Everett I'm with the HR team and as you know we are having a little bit of a restructure here at the Justice League."
"Look if you are about to terminate our contracts just tells us straight." Zan said with a dismissive tone.
"No, no, no, no. No terminations." Everett said reassuringly. "We called you both in today to talk about new career opportunities." he smiled.
"What we have here at the moment actually is that the Justice League cannot really give you the career development you both deserve. We have failed in matching you to your potential."
"What do you mean? Like, we have too much potential? Not enough potential? What do you mean exactly?" Zan asked curious.

"No no no. Maybe the right word is different. We think your powers could be better adapted to other situations or teams." Everett reassured them.
"Like what?" Zan asked.
"Like... The circus." he handed them both a few brochures. "Have you ever considered the circus?"
"Is he serious?" Zan asked Jayna. "I'm sorry, it's Everett right? I don't think you comprehend the magnitude of the situation here." he grabbed his sister's arm gently.
"My sister Jayna, can transform into any animal. Eagle, lion, tiger, uhhhh." he looked at Jayna for support.
"Dragon." Jayna said.
"Thank you." Zan replied." Dragon. She can transform into a mammoth."

"No, absolutely. I am very familiar with Jayna's work and her powers." Everett said truthfully. "She has amazing potential and we think she has a very bright future ahead of her."
"Ahhhhh. Right, so the problem here is me?!?" Zan asked outraged.
"Please. Not at all. There is no problem. Everyone here has its own worth." Everett declared calmly. You yourself, you can transform yourself in..." he looked down at his files. "Water, it says here."
"Erm, yeah that's it. Is that what you have in your file? I am sure there is more." Zan retorted.
"Yes let me have a look." Everett said looking at his files once more. "Bucket of water? Sorry, you can also transform into a bucket of water? Or do we have to provide you with the bucket? How does it work?" Everett asked in slight condescending tone.
"No, I don't transform myself into a bucket. You don't need to give me the bucket." Zan said defensively.
"What happens is Zayna transforms into an eagle, brings me the bucket and I fill it cause I transform into water."

"Ahhhh, I see." Everett said slowly." So let me get this straight. She transforms into an eagle, when she could transform into a fire breathing dragon, to go and get a bucket, and than comes back so you can pour yourself into it?"
"More or less." Zan replied starting to feel exasperated. "There is actually a monkey. She holds the monkey. Zayna help me out."
"Yeah so, like, I hold the monkey, the monkey holds the bucket and then he..." she said pointing at Zan." Fills the bucket.

"I see. Okay, so let's break this down logically." Everett said trying to break through the processes." It seems to me here that the monkey is an essential part of the operation."
"The monkey!?!" Zan asked offended. "In all this operation you think the essential part, is the monkey holding the bucket? But what is inside the bucket?"
"Yes, I mean you soak people, is that it?" Everett asked with a frown.
"Yeah I guess, I can do m..."
"Look Zan, I think we have reached a point here where we are really struggling to fit you in, you know?" the HR manager said calmly.
"The team end up taking missions that have to have puddles, or buckets or icicles. You have to agree with me that your participation is restricting the team's potential, you know?"

"Restricting potential?!?!" Zan asked indignantly. "Without me Jayna would not be able to transform herself into any animal." he argued.
"Ah, of course. You guys have to touch rings right?" Everett asked calmly looking at Jayna.
"Exactly. The rings." Zan said smugly.
"Well we've thought about it Zan and actually we think the monkey could hold your ring. You know, instead of holding buckets?"

Zan mouth opened in outrage looking at Jayna who was nodding at Everett
"The monkey? The monkey can do my job? Jayna are you serious?"
"He makes some good points Zan." she answered without looking at him.
"Yes, I think the solution is to use the monkey." Everett concluded.

Zan stood there with his mouth open. Outraged at the insult. His face a mask of anger.
"You know what? You two can drop dead. I quit. Keep your stinking monkey." he said standing up to leave. "Stay in your stupid Justice League Jayna. I'm leaving." and he turned to leave.
"Zan?" Everett started. "Don't forget to leave the ring, please." The young man took the ring off and threw it on the table storming off swearing under his breath.