Vane arrived as planed at the hanger the Ranger sat in the back ground of ships. Its dirty yellow trim agents the dirty white ship the ranger was an older ship by the look of it. there were a few techs walking around it looking it over. The ships axillary power was running, and it was powered up. Some lights flashed on the exterior letting people know it was ready to take off. 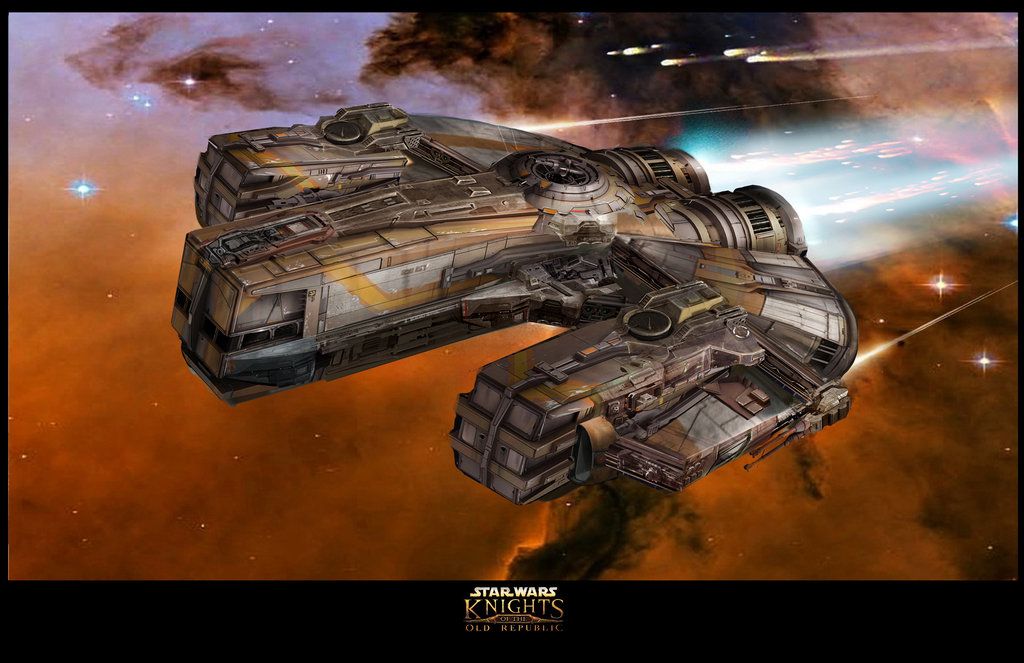 Vane jumped out of the transport and walked over to the others He nodded to Padawan Luna. “fallow me” he said as he walks by. He walked over to the ship put his bag down he saluted the Luna. The squad fell in to formation behind Vane at attention “Padawan, this will be are ship it is called the Ranger, I know it will serve us well it has me for over ten years.” he says proudly. After the Padawans acknowledgement he dropped the salute. “You can board when you are ready.

As you inter the ship is typical inside for the type. The main hold commends area it is well equipped for scouting and command with a 3D viewer communication station in the middle. The corridors and ship areas are well maintained. Two R2 units can be seen moving about they are courteous letting people buy first. As Vane walks, he introduces the Droids. “this is Yellow 2” the R2 unit is white with yellow trim. “and this is Black 2” a R2 unit white with black trim. “RED-1 is in that back right now checking on the engine room but you all know that droid.” He says. Vane walks over to a door “Padawan Luna this will be your room for now sorry it is not bigger room, but this ship was not built for VIPs. The door opened there is a bed and a fold down desk, above the door it reads room 11. “We will depart shortly, everyone stow their gear. I have already given the squads their stations. Be at them in five squad dismissed.” He ordered. 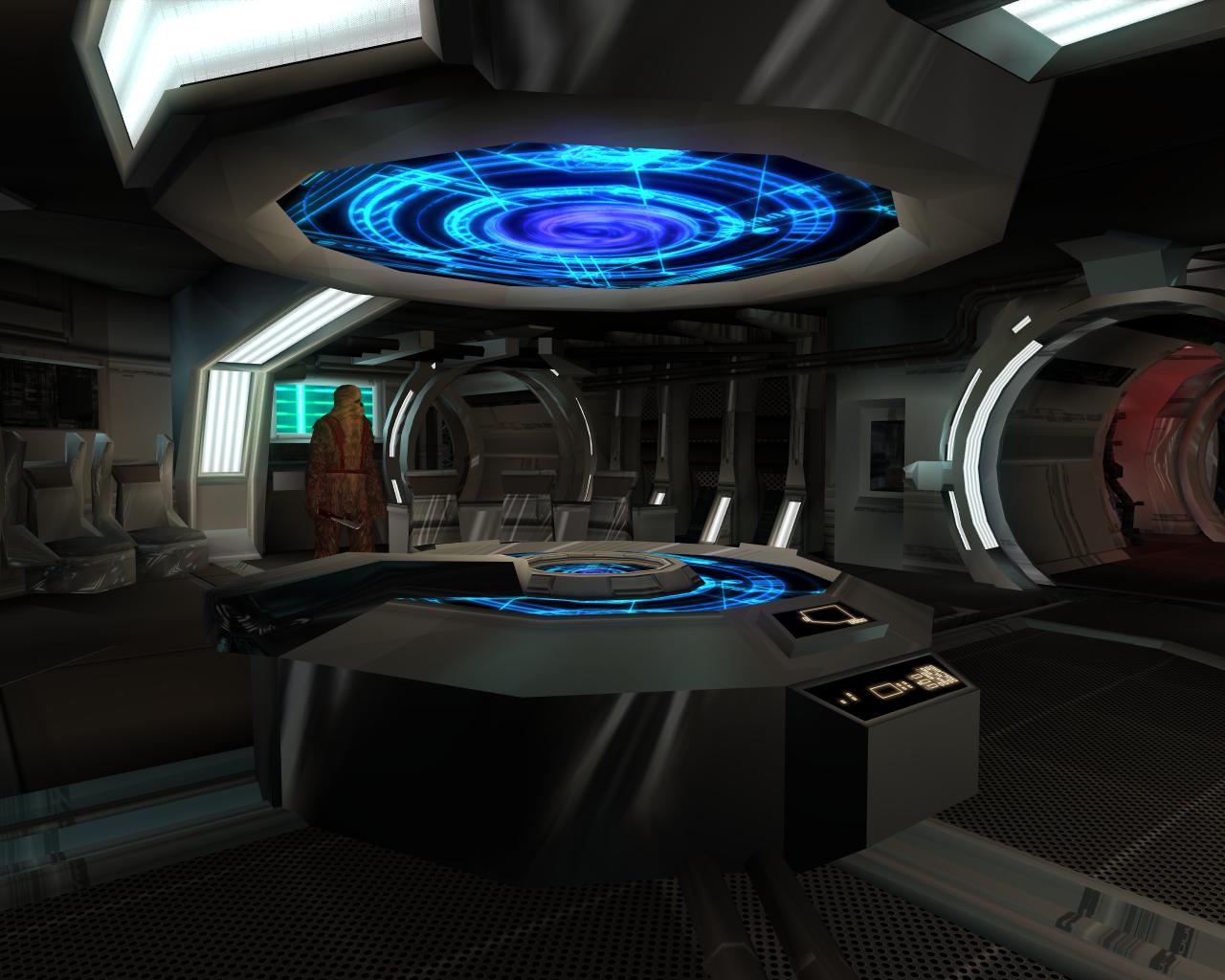 “Padawan Luna, you can join me on the bridge.” Walking to the bridge you see a room marked communications. Entering the bridge is not bad and has space something not typical in this class of frater.
http://img4.wikia.nocookie.net/__cb20071006173443/starwars/images/c/c5/Ehawkcp.jpg

Vane motions for Luna to sit in the copilot chair next to him. He starts his prefight checks stating the mane engines. The others check in as they man their stations. “Ke Ke coms check” he had assigned her to that position she had the best scores in sensor and communications. It would be up to her to find things out there with the ships advance sensors.

The ship lifted off the ground floating to the bay doors with a quick thrust the ship was out and in the departure area. The ship lifted in the air they could see the sky though the front windows. The G force could be felt as it shot in to the sky and in minuets space with final departure instruction they jumped to light speed. The light streaked by as they traveled to their destination The Kameno system.

Vane turned to Luna “we will arrive soon Padawan what’s your plan.” He asked.


The ships lay out

Continue story
< Prev : Change of events Next > : Re: Deliver Order 66