Nikon is in Play

Talira Rane sat within the confines of an ergonomic chair, which meant her posture was rigid and straight and most would have considered it entirely uncomfortable. She was working away at an AR keyboard, her arms raised and suspended in midair as her fingers swept across the display and tapped away on an insubstantial medium. Anyone could go to a corner shop and purchase an Augmented Reality suite, assuming they had the credits, but learning how to use one took practice; no amount of cybernetic input - short of a neural spike - could bypass the need to go through the experience and travel the learning curve. Talira Rane was highly trained and abundantly familiar with the adjustments required for interacting with AR, but she was no expert in coding and it was a skill she worked on constantly. It was a weak spot in her natural abilities so it required more practice than she cared to admit.

She was in her assigned habitat and everything she could see was a bright, sterile white: her sleeping berth, the spartan furniture, the walls, the deactivated screens mounted in the walls to simulate windows, the floor, even the ceiling. The only exceptions were the incandescent blue of the AR keyboard and related console, which only she could see, and the short curtain of dark red hair she saw it through. She was running diagnostics on the patches she herself had coded just to find that they were no longer inline with one system or another. Talira pulled up a list of erroneous code and scanned through it. She tried not to acknowledge how long the list had grown.

The summons displayed across her field of view and she swiped away her keyboard. A map of the facility with her highlighted location and destination were primed in the corner of her vision as if she hadn’t memorized the layout by now. Talira stood up and the chair folded down and swept itself under a low table. She was wearing an unflattering frock or hospital gown, white like everything else, and it was all but impossible to make out her physique beneath. She pulled a metallic clip from the high hem and pinned back the loose wave of auburn hair to the side of her head. When she left the room it was just as barren, as if she brought no life or comfort and it offered none in return. A panel in the floor rose just enough for tiny vacuum bots to slip in and begin cleaning.

The corridor outside her room was more of the same, apparently constructed of seamless white sheets of backlit plastic. There were no other doors or turn offs and the reason for it’s length was entirely unknown. Talira Rane had never considered it, though she knew by heart the exact number of paces it took to reach the claustrophobic elevator at the end of the long passage. The map on her AR HUD indicated she’d traveled only two floors up, but there was no way to verify that information as the elevator contained no buttons or means of user input. As with so many things, Talira was along for the ride.

When the elevator arrived it opened out directly to Mission Operations, or Ops. The lift was capable of other destinations, but that was at the discretion of Doctor Elsy Wescott, the Chief Handler. Ops was designed in a similar fashion to everything else: stark white, composed of a combination of hard and soft plastics, laden with view screens, robotic arms and entirely antiseptic. There were, however, people in this room and that immediately made it feel more cramped and restricted.

Wescott watched Talira cross the room, impressed as always that someone of her size could do the things she did out in the field. Talira was not an imposing figure; she was a short woman, small of stature and proportions. Many failed to recognize her scaled-down size since she spent such little time in the company of other agents or personnel. And in her line of work going unnoticed was generally advantageous. At 4’10” and just under 100 pounds, she was by some standards - miniature. And for all the tight spaces and binds she found herself in, that was quite enough size and weight to be. 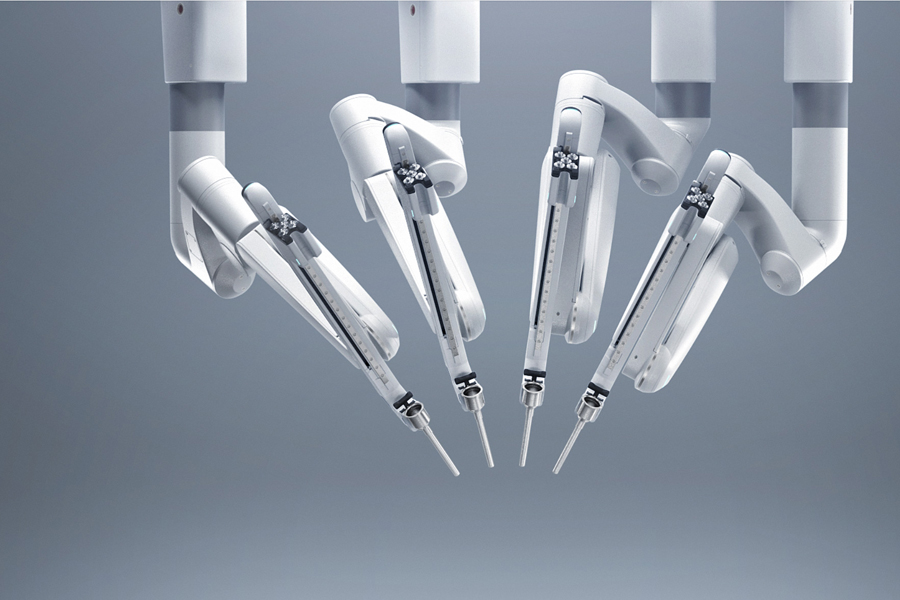 Without greeting or modesty, Nikon pulled the frock off over her head and stepped onto a raised pad in the middle of the room. Her official dossier used words such as wiry and lean, but bony was a more accurate description. She was all knees, elbows and pelvic bone. And two very small breasts which Cordell Linkovich had so kindly observed during the recent audit. One of the technicians collected the disposable garment and removed the barrette from the agent’s hair. Nikon was hairless from the neck down, induced through electrolysis and undoubtedly maintained via one of the frequently administered drugs -- such as now. A subdermal injection was applied to Nikon’s neck before a mask descended onto her face fit with a respirator and electrodes that clamped against her temples. The technicians stood back as nozzles fired off blasts of dark steam, which fans circulated and contained within a volumetric curve around the agent. Robotic arms from the base of the pad ascended and with precision they swept around Nikon’s body, 3D printing her prototype suit directly onto her flesh. Two metallic appendages held Nikon's arms out in line with the floor as another set of arms followed laying down circuitry which quickly sank within the black inky layer. While the tailor rig worked, Doctor Elsy Wescott prepped her agent.

“How are you today, Talira?”

“Fully recovered, Doctor Wescott.” Nikon’s voice was high pitched and feminine; no amount of training would take away the soft, almost childlike quality to her vocals.

Wescott tapped away at the transparent slate in her hand and the electrodes along Nikon’s head lit up. "Stand by for memory wipe.”

"Doctor,” Nikon cut in. There was hesitation in her voice; she was reluctant to make requests. “I wish to hold onto the last thirty minutes. I was coding, making real progress this time and would like to resume during my next downtime.”

"I’m sorry, Talira, but we can’t spare those thirty minutes. You know how it works; you need a clean slate or your accrued memories in the field will begin to bog down. And this may be a prolonged assignment so we’ve already scheduled periodic recall relegation.” Elsy’s demeanor softened as she consulted the slate and stepped in closer. There was a soft proximity alert from the robotic arms and she stepped back, irritated by the untimely safety protocols. Handlers were discouraged from physical contact with the agents. “If I can give you five minutes, will that help, Talira?”

The panels of the flat podium Nikon was standing on shifted to widen her stance and she grimaced as the print nozzles and robotic arms handled her pelvic region. Special steps and attention had to be made during the application of the suit to the angle of her groin and it was never pleasant. Measures were embedded to allow for waste disposal, but suffice to say, she would not be cherishing the intimate companionship of another while donning the suit. "Wipe them all, Doctor.”

Wescott sighed. She wished there was more she could do for the woman, but it was probably for the best that they all be wiped. Memories maintained out of context became fragmented and could manifest in the wrong time. A technician gave Doctor Wescott the all clear; they’d successfully moved beyond the arduous portion of the procedure. As if they’d be in a position to make that call. The 3D printing continued up Nikon’s torso.

“Memory wipe in progress. I’m updating your AR database and codec which should allow for discrete communication within OSEC’s shielded facility. You may still experience some dead zones, but the stream, when active, will be secure. This will be a soft infiltration of OSEC; you’ll be undercover, but frequently visible. Zero bodycount of OSEC personnel without explicit authorization.” The tailor rig finished the print job, the swing arms withdrew to their respective places in the floor and ceiling, and Nikon’s mask ascended with them. She looked like she’d been dipped in latex, but upon closer inspection the wiring within the suit could be seen. In its original design the DATS bodysuit was donned like any other clothing, albeit snug. In the field, however, it failed to reliably transfer impact energy around Nikon’s body so it was redesigned. The consumable, single-piece arrangement now in use came at a higher expense, was not reusable and came at the tradeoff of any comfort. Nikon bore it well, but no one envied her the burden, even if she was something to look at.

She stepped down from the podium and dipped her fingers into a tin, held out by one of the technicians. As she applied the product to her hair and slicked it back, Wescott continued. “We’ll update you with more information as it becomes necessary. If your infiltration is unsuccessful or discovered, we don’t want that information compromised.” There was more of the same said and Nikon had heard it before in one variation or another, but due to the memory wipes, each time felt almost new and she hung on the words as if they provided some pivotal guidance. She was calm and assured of herself, but she didn’t approach these missions lightly. Post wipe she was left with intact knowledge of her skillset, a general sense of time she’d been at it and something similar to a glossary or index that she could refer back to if needed. But due to those memory wipes, each mission, in some ways, was her first.

Nikon began dressing in the provided OSEC uniform while a technician ran checks on her. She was assigned a pair of standard issue sidearms, modified only to fit the size of her hand. Someone was securing the boots to her feet when Doctor Wescott authorized the activation with a thumb print. Nikon was once again an active agent in the field. The rest of the preparations were completed and the agent used the same elevator to be ferried off to an undisclosed exit, somewhere she could leave Veritas Corporate Tower unseen. Enroute her comm switched on and Elsy’s voice was on the other end. “A word of advice, don’t drink the water. Don’t go into the water.”

She stood in the dark, letting her eyes grow adjusted to the light then slid the locking mechanism in its track and wedged the door open. Oracle City lay before her in all it’s gloom and glory.

OOC: I revised Nikon’s size slightly, but did so on the original post as well so = consistency.