The Trail of Shadow

Zithill started the preparations for his arrival. Here aboard the Z'tanu he could breath freely in the ammonia rich atmosphere. A luxury absent in much of the populated galaxy. Only on his home planet of Gand was he truly free of the equipment and apparatus he now relied on to survive.

A small alarm sounded in the cockpit. He was close now, so close. He began to don the heavy brown robes and chitinous armour that would protect his insectoid frame. He pulled on thick leather boots to cover his two toed feet and three fingered gloves to cover his hands. Slowly he flexed his fingers into fists hearing the leather of the gloves creek. The alarm was growing insistent. Any moment now...

Zithill moved to a display stand lifting a silver mask to his face. He fixed it in place over his mouth and nasal passage. Activating the device with a single click. The Izuth was more that just a breathing mask, it was also a means for communication, translating the sharp clicks and hisses of the Gand into a multitude of languages including human common.

There came a low rumble as the Z'tanu dropped out of hyperspace and Zithill move to take the lone pilots seat. There it sat, the strange broken planet that had called him. Through multifaceted eyes he observed the vaporous trail that brought him here, like dark smoke drifting from his ship to the heart of the shattered world. It was his gift as a findsman to see such things, to find the unfindable. 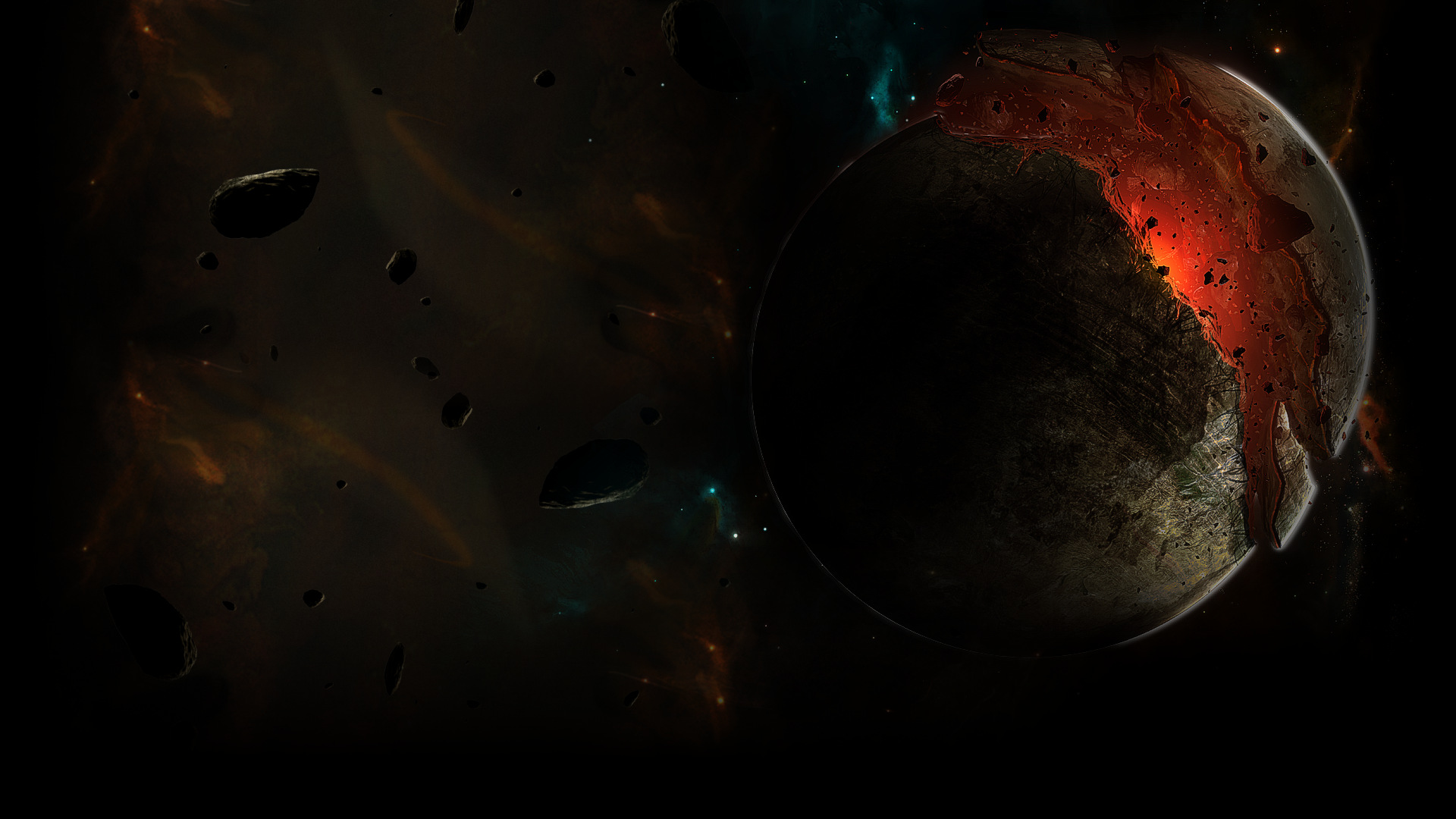 He took a deep breath through the Izuth and activated manoeuvring thrusters to bring him in closer. It would appear the destination he sought was deep beneath the planets surface. The Z'tanu began to shake as it fought the gravitational pull of the ancient world.

"I come." he breathed through the Izuth as he spied the fissure in the planets surface that would lead him to his prize.