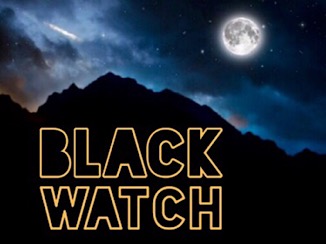 We were just kids. A bunch of 6th grade maniacs at a suburban school in a suburban New Jersey town. We spent our days fueled by frozen Snickers, pedaling everywhere, caught up in matters of Dungeons & Dragons, building tree forts and investigating urban myths and things that go bump in the night. And then, the Great Storm of 1982 hit Mountaindale. People died, kids started disappearing and the night bumpers started appearing when the sun went down. My best friend and I started the Mountaindale Paranormal Society to keep an eye on the weirdness in our hometown, and find proof to shed some light on the creepies in the shadows.

A year later, another storm hit. This time bad things were walking right up on the front porch and kicking the door in. Right around this time, we made perhaps the greatest discovery of our lives. Our little gang of angels were actually part of a prophecy telling of our awakening with the consciousness of heroes from another world, another dimension. Crazy stuff, I know. But, it seems that a whole lot of bad had worked its way across the universe and next stop? Mountaindale, NJ.

Our families were in on the plan since before we were born. So, playing catch-up, we trained and explored and tried to prepare ourselves for the coming of something huge and apocalyptic. The Devastation - an event where the protective barrier between dimensions would be poisoned, or cracked or...well, screwed up. The things over there are what humans called monsters and demons in their fireside stories and bedtime warnings. This is where our myths and legends were born. Vampires, demons, shapeshifters and worse. All real. The only thing separating these myths from reality was about to get a whole lot easier to pass through. And, we were not ready for what was coming.

The organization called The Myriad was operating since before the modern era to prepare for the Devastation. For some reason Mountaindale is for them the center of much intense interest. Before we even knew the significance, the Myriad put in place a plan to unleash the Devastation during the annual Mountaindale School Carnival. Gathering our strengths, we went into the center of the festivities armed and ready to fight to defend our town...our world. What the Myriad unleashed turned out to be far worse than we could ever have imagined.

We encountered Myriad thugs and dealt with them quickly and brutally. But when we went in to back up our friend Steve Blender, well...we found out fast just what Hell could be. Our former friend Mikey McRavelin had been abducted and turned into some kind of monster. We knew that. He had reached out with threats and warnings. Blah, blah, blah. You know - if I’m being honest - I never liked him in life and this new vampirey Mikey was just as annoying. But when we went into the Security building to find our friend Steve, the dan’jaraas Mikey, now calling himself Malphas, was foul, dangerous and so damned terrifying. Steve was dead - more about that later - and lying on the floor in pieces. There was blood everywhere. We attacked almost immediately and managed to damage the freak somewhat. But he seemed to shrug it all off. Not before laughing at an explosion on the midway that he led us to believe was our friends the Dideo cousins. But right after Malphas fled the building, the skies began to peel back in a horizon full of lightning. A giant spectral form appeared, towering over the Ferris wheel. We ran as fast as we can, sprinting across the field toward Jacob’s home and the protected space we call HQ. Mountaindale was ground zero for a plague of darkness.

It’s now December of 1986. Three years since the Devastation and the terror at the carnival. Our good friend and member of the MPS Kenley Taggart was killed running from the destruction. The explosion we heard from the encounter with Malphas wasn’t the Dideo boys as we were led to believe, but rather our friend and school janitor Gus. All together Mountaindale lost 167 people that night. In the years to follow? Another 340. You see, the Devastation was designed to open a gate between our world and the Otherwyrld. It was created to free the Shadow Kin and the powerful beings in service to the dark god Arwic. But the Devastation was only partially successful. The plan was for the Myriad to unleash a sort of virus into the Veneer which would weaken and crack its integrity. But the effects of the virus were not quite as they expected. We quickly learned that the virus caused the very fabric of the Veneer to become brittle when faced with intense human emotion. A tragic event, calamity or some sort of shared suffering can cause a major breech. But, even more dangerous is the effect of electricity on the Veneer and its ability to maintain separation. You see, an electrical reaction - such as a lightning storm - not only weakens the Veneer, but it seems to agitate and excite the entities on the other side, driving them toward a ravenous madness and rage. Each time someone would so much as flip a light switch, they triggered a reaction from within the Veneer, allowing a breach and an often violent attack.

The Devastation did not only affect Mountaindale. All around the World, people have had to adapt and adjust to a new normal. One where monsters and magic are real. In the United States, the Federal government was simply not equipped to handle the threats. Across the country communities were forced to operate with little or no electrical activity. Communal life reverted to a technology level similar to that of Colonial America and pre-Industrial Revolution. Most ride bicycles and horses within the protected town limits. Electrical machinery is outlawed, as are any electronic devices. Smaller items such as a walkie talkie or flashlight can only be operated according to the five second rule. No need to explain that one. Faith has become essential. Organized faith? Well, that’s all still a work in progress. I mean, what are people to believe anymore. Do they still pray to a God that may or may not exist? A God that may be just a mere fragment of a much larger pantheon?

In Mountaindale, our municipal government was surprisingly quick at marshaling their resources. The first year was rough, but these days we’ve settled into a rough routine of what the future holds. The police force is larger than ever before. They’ve adopted a militaristic approach to law enforcement, with curfews an essential routine in our daily lives. After all, who wants to be out after the sun goes down anyway? We learned early on that the Shadow Kin thrive in the darkness. So the sidewalks get rolled back an hour before sunset and everyone goes on alert. The Feds subsidize each community to form their own militia. Ours being The Mountain Men. My older brother Doug is a card carrying member. Don’t get me started. Money doesn’t quite help the Militia function, but the Feds occasionally make weapons, ammunition and equipment available. You get the drift. After the carnival, Mountaindale School was closed down. All school were shuttered, actually, with the high school retooled as the Mountaindale Education Center. Families obviously have the option to homeschool their kids or ship them off to the MEC for a day of hand-rung school bells and machine guns at every door. Now, that’s a learning environment. The hospital operates on a reduced schedule during the daylight hours. Doctors have revived the old institution of house calls. Our friend's Mom Mrs. Blender now operates the Mountaindale Medical Building as a sort of private clinic, if you will. A very VERY well protected clinic. Ehem…

Unfortunately, in the wake of the Devastation the Ramapough Mountain People of the Màxkwikee village have closed their boundaries to all outsiders. Our friend and fellow MPS member Travis Stillwater lost his life in the attacks, and his own brother Landon is now shunned from the village for his outsider ways. Yeah, things are pretty weird. But, we’re all adapting and building a new way of life. The Order has gone deeper underground, but we are in constant contact. The Mountaindale Paranormal Society is gone. Together, our band of gifted friends is now called the Black Watch. In the Visible Wyrld of our spiritual mentors, this organization was a fierce corps of warriors and defenders of the light. Sounded about right for us.

About us. Our leader is my best friend Jacob Laberman. He was awakened with the spirit of a heroic spiritual warrior from the other side called Marustade. Through his training and spiritual enlightenment he was given incredible powers based on the light and the shared core beliefs of many faiths. He’s still Jacob. But he’s a little older, battle scarred and dare I say, edgy. Yeah, a little edgy.

Me? I was bonded to the hero Khastigant, gifted with something called the Crown of Truth. What does it do? Well, it makes it very difficult to lie to me. More to come. Our friend Kenley had become a student of a magic scientist of sorts from the other side. He was becoming quite the student of a certain brand of magic. Since his passing I’ve been trying to connect with his teacher by following his copious notes and lists. I’ve had very limited contact with the mentor Na’iel through meditation. It’s gonna be quite a road ahead. But, I’m learning. Always dabbling.

Anthony and Joey Dideo have thickened and grown into quite a unique blend of Italian American youth and heroes of the Visible Wyrld. Joey physically changed by growing pointed ears and changing into a version of what he calls a Cóng Manii. According to Joey, they’re a dragon worshipping race of warriors and spiritualists who fought with their hereditary enemies against the same darkness that now threatens us. There. Now you know as much as I do. His cousin Anthony awakened merged with a hero named Rogan of Amendar. This guy was what Anthony calls Migdin Battle Priest, meaning a half human, half dwarf that can kick ass. And don’t think we ever let him live down the dwarf thing either.

Steven Blender has changed the most. First of all, he’s the incarnation of the hero Höryntheus. He is gifted with the ability to speak any language - including animals - and...he can’t die. That’s right, he’s immortal. He’s died twice since this all came about, and each time he’s come back as good as new. Well, better than new. It seems that this power prefers that he skip puberty. To look at him now, you would never believe that he’s just 16 years old. But, he’s one tough mother. To call him our brick wouldn’t be an exaggeration.

Our friend Petra went through a lot since the beginning of all this mess. She lost her parents, discovered a pretty shitty Nazi lineage and found out that she’s descended from Hungarian shamans. She has this unexplored ability to conjure massive hellfire, but she’s been notoriously hesitant to delve into that side of things. She stepped away from our group before the formation of the Black Watch. She lives with this group of Wiccans and has become quite the goth granola girl. But, we stay in touch.

So, now we face each day head on. As our name implies, we watch the horizon for what might be coming next. The police and the Mountain Men might keep the peace, but the Black Watch has a more metaphysical mission. You might even say it’s personal. We fight for our world, for our town and those that came before us. But we also fight for the heroes that drove Arwic and his Shadow Kin from the Visible Wyrld and back into the Otherwyrld.