Mike steps up to Jason and hands him a glass of Chianti.

“Anthony fought hard for this bottle. Its our duty to have a glass.”

He winks, then takes a sip from his own glass.

“So, I know that all this seems crazy. It is crazy. The whole world has taken a swan dive into the Twilight Zone and we’re the stars of every episode. But, we need to look at the big picture. We were guided to this task, to each other, for a reason. We’ve been gifted special abilities and a clear direction. There are others fighting the same enemies. Some with us, some on their own battlefields. You gotta keep it front and center every morning you wake up and see the sun shining through the window. Either we fight hard, or the Devastation will swallow up the light and plunge our home into eternal darkness. Arwic and his armies, his Shadow Kin, are here for us. They’ve taken so much already. We rise up and confront them. We stop them. That’s the mission. That’s what we do. Or we die...horribly. Full stop.”

Mike takes the Beretta from Jason, snaps a full clip into place, then cocks it. He then switches the safety on, slides the gun into its holster and hands it back to its new owner.

“We have your back Jason. You’re one of us now. And that means you’ll never be alone again. Okay?”

He leans in and stares directly into Jason’s eyes.

“I was gifted with the Crown of Truth. So know that when I see the truth, it’s profound. (beat) Your imaginary friend Stanley? You may think he’s just a friend you made up to help you cope with a fucked up life. But, listen to me Kerwin. He’s not anything to be too concerned with. He’s far more dangerous. And very, very real.” 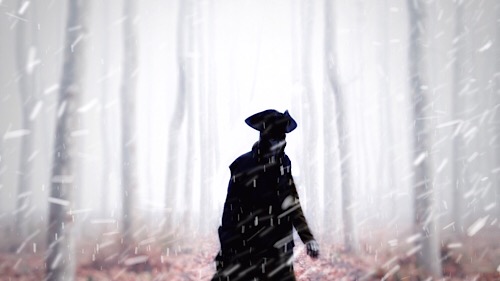