Jason walks into the stables at the Equestrian Center. The horses and the sheer informality helps to fade out the trauma of the attack on the Turnpike. After he took Gabby home and got her situated for the next few hours, it was time to check in on his human girlfriend.

Jason met Robin Dalton about six months ago. Well, he actually met her back in fifth grade when her family moved to Mountaindale. He was hooked from the second she slammed him in the face during a particularly aggressive dodgeball game. Now, she’s an apprentice veterinarian specializing in horses and a casual, don’t-say-the-L-word girlfriend. Casual. It works.

“I’m so glad you stopped by, Merlin.”

She kisses him just briefly enough to appear professional yet long enough to get the dizzies. She smells like horse and a faint touch of lavender. God, I love the way she smells.

“You heading over to the Citadel?”

“Yeah...yeah. Just had to get Gabby set up for the morning.”

“Poor baby. You should have brought her with you. She needs companionship at her age. Besides, Mike loves dogs. He’d be fine with you having a four-legged apprentice.”

She has this way of showing her happiness with a gentle trill of laughter.

“Okay, sweetie. I have to get back. Oh, oh! I delivered my first foal. It was amazing!”

She kisses him again.

“You’re gonna have to call me doctor soon. Practice the sound on your lips.”

She grins and sneaks one last kiss. Again...the trill.

“Are you trying to take advantage of a poor country horse doc?!”

Jason looks her straight in the eye.

“Okay. Have fun. (beat) Oh, wait! You remember that kid that came to Mountaindale a couple of years ago. Ricky? Ricky Torres? Some guy came by looking for you with Bobby, Ricky’s little brother. Said he had to talk to you, so Steve sent him over to the Citadel. (beat) The kid’s grown up. Cute guy.”

She winks as she turns to go. 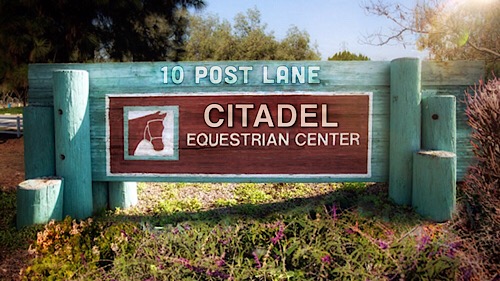