Already deep into the wood line, Wyatt moves quickly between the many stones and moss-covered trees fallen in the Winter’s wake. Down through the dense pines, he’s careful to avoid the watchers. More to spare himself the endless repetitive questions than anything more profound. He leaps over a massive decaying elm log, landing in a huge pad of lush ferns cresting a knoll speckled with a lace curtain of sunlight piercing the canopy above. As he moves toward the highland brook, he nearly runs directly into a figure dressed all in black. He’s seen him before. The kid with the pointed ears.

Wyatt is at a loss for words.

A few seconds pass as if both men are waiting for the other to act. Joey Dideo breaks the silence.

“I followed you home after you left the Meade House this morning. You’re Wyatt.”

“It’s a long story for something that could be told in under a minute.”

Joey’s mouth turns ever so slightly into the hint of a grin. He likes the guy.

“I’m Italian. Born in Brooklyn, raised in Mountaindale. But after the Devastation, I am more Cóng Manii than human.”

“My theory is that some of us - for whatever reason - have been chosen to host the spiritual essence of heroes from another world. One that fell to the very threat that now invades ours. I am becoming a being of two souls. One Joseph Dideo, one of the warrior Gaar tu Arboraas of Cóng Manaar. And I believe that you are on the fast track to becoming something as well. Someone else entirely...whether you like it or not. (beat) I can help.”

Wyatt squints to filter out the crazy.

“Well. I can see the signs. I can see clues that I recognize from my otherself.”

“Long story. I’ll tell you. But for now, suffice it to say that you bear a striking number of features and qualities that I recognize as Shar’Sariin. Tribal people related to the Cóng Manii.”

Wyatt wants to dismiss everything this kid is saying, but a part of him feels the truth in his words.

“Okay. Walk with me back to town.”

Joey reaches into his bag.

“I will. But first, you have to know that your grandmother is in danger. I waited in the woods while you went up to the house. When the pulse hit two Shadow beings appeared. One went after you, the other....me. I snapped a Polaroid, blinding the thing, then cut it’s head in half at a diagonal. Wyatt, these things are viscous and very dangerous. And once you start remembering the life of your otherself, you’ll recognize the threat.”

Wyatt has goosebumps running down his arms.

Joey places a single Polaroid on the moss of the old log.

“My people have their own name for them. The humans call them the Abhorrent.” 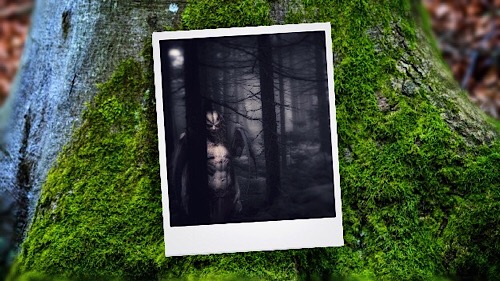