Boo Boo kneels between Mike and Jacob, while Gino stands against a tree reloading. He speaks in a near-whisper.

“So, that thing went down harder than I expected. He was very fast, but its mindless savagery kind of worked against it. The dan’jaraas are fast, but they’re smart. Driven by a brutal logic. These infected hippos are relentless and brutal, yes...but driven by a blind, instinctual need to just eat. We gotta get out of their trajectory, while somebody else delivers the strike, the grenade. We have to work in teams or somebody’s gonna get torn to shreds. There’s no opportunity for a hero, solo thing. Too risky. We get just one chance.”

“Whatever is left in that building are our targets. Based on Jason’s vision, that leaves two.”

“No surprises outside, except for the fact that we have an audience. Just at the edge of the tree line, several dan’jaraas are watching us work. From what I understand, though he would never show his cards, Malphas is scared. Maybe not afraid of dying, but it seems like he almost expected this in one way or another. And he knows that his kind are all targets,
pretty high up on Arsafaal’s hit list.”

Mike turns his focus back to the building.

“Okay, men. Lock and load. It’s time to exterminate the hippos. Partner up, but keep space between you. Body fluids kill. No heroes, understood?”

Something inside the rec center howls in a high-pitched screech.

“Joey, check on Jason and get the Beast’s guns trained on that front door. Anything comes out...shred the motherfucker!” 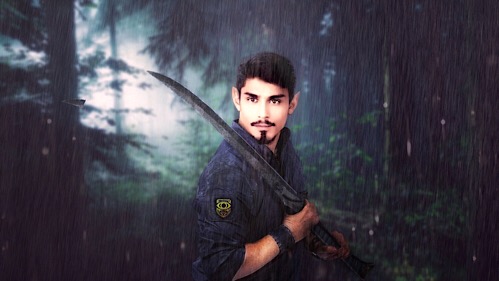