No one knew who created The Atlas. What every single being throughout galactic history knew is that the Atlas Station had always been there, at the centre of the Galactic core. 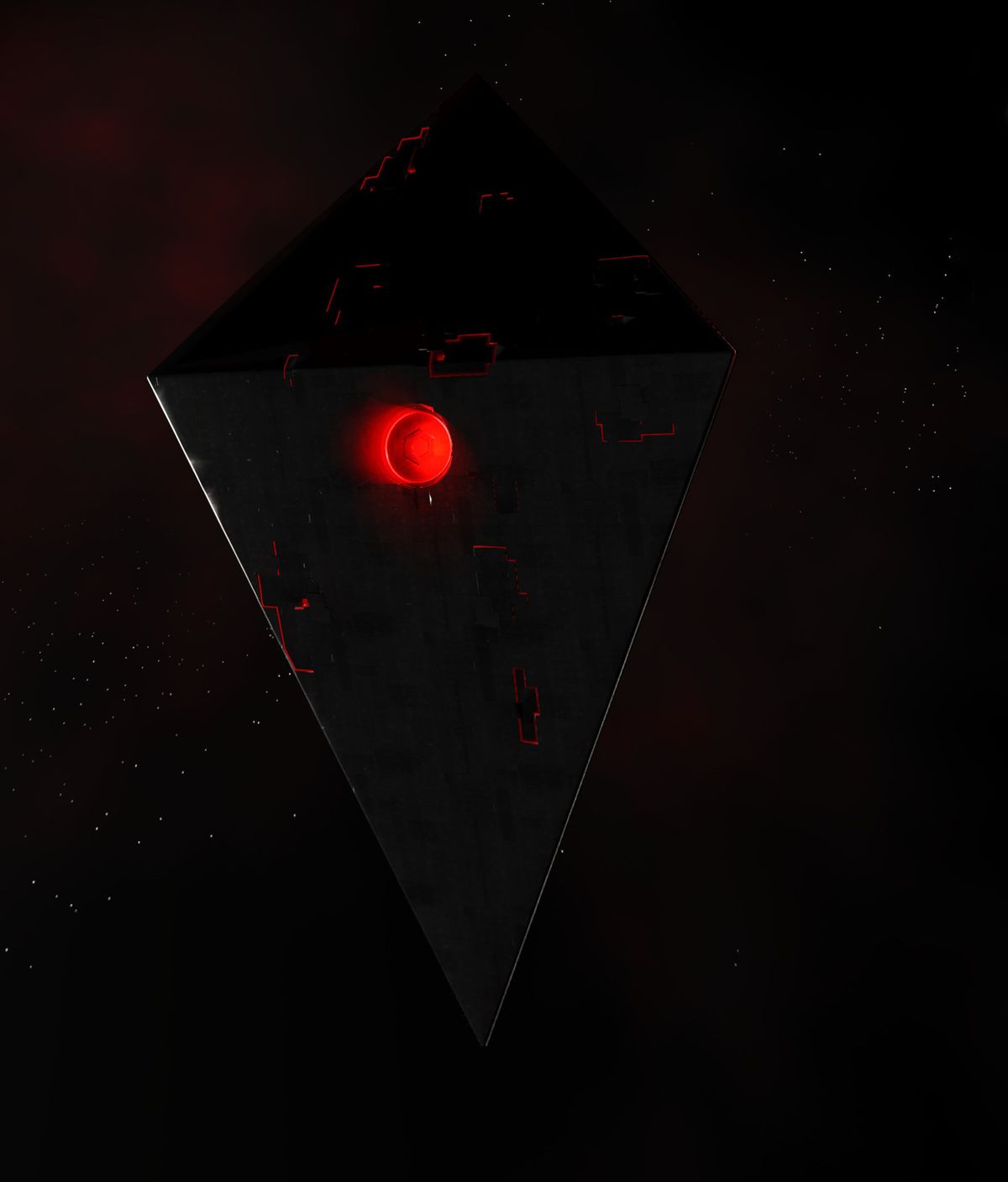 An eldritch and cyclopean structure, shining black and red at the galactic core like a beacon. So mind-blowing alien to the mind of mortals, that the first space faring travellers who gazed upon it from under it's shadow had assumed they were in the presence of a creation of whatever God or Architect gave rise to the Universe.

And in fact for many of these races the Atlas became akin to a god. Whole civilisations dedicated generations and countless resources to unlock its secrets and its origins. Many were sure that within the Atlas the meaning for life itself could be found.
Most of them failed. The Atlas jealously guarded its secrets from all who attempted to

It became a place of holy pilgrimage for aeons and the systems closed to it became more and more populous. For many cultures throughout the Galaxy it became almost a duty, that any star traveller would have to make the trip to the Core of the Galaxy to witness the majesty and raw power of the Atlas at least once in their life time.

And with this the systems closer to the galactic core grew not only in numbers, but in wealth, influence and power. Not only did the great movement of people towards the Atlas help with commerce, industry and infrastructures, but systems closer to the Galactic Core seemed much kinder and suitable for life than those harder ragged systems on the outer rims.

But a picture of what the Atlas truly was began to emerge after a few aeons among certain circles of scientists and think-tanks. Although no one could ever tell for sure who or what had created the Atlas, it became apparent that it was a vast repository of knowledge. That it was likely the heart of a long gone network of similar interface stations that were spread through all regions of space, gathering information.

And knowledge would always be Power...

17 Galactic cycles ago an unknown group of men and women finally managed to gain access to the Atlas. Not much is known of them but their group would give birth to what was known as the Galactic High Council. Using the vast storage of information locked within the heart of the Atlas, this group set about to transform, influence and eventually control the lives of trillions.

Great prosperity and development came to those that followed the line set by the High Council. They brought order and semblance of peace to a chaotic Galaxy. They formed the Galactic Defence Force to enforce their vision of peace and tighten the reigns of their control.
But those that did not wished to live under their rule suffered immensely.

The destruction of the Atlas at the end of the conflict sent shockwaves throughout the known cosmos. The beacon of stability and knowledge gone in the blink of an eye.
Unbeknown to the majority of the Galaxy, a safety mechanism inside the Atlas dissipated its most important components in the form of fragments throughout the Galaxy in an attempt to concealed them, preventing the destruction of aeons upon aeons of knowledge.

But for those in the know this is an opportunity of a life time. Somewhere out there are fragments of the Atlas. Extremely powerful artefacts. Some are vast repositories of knowledge, others are weapons, others can affect technology in some unique ways. And in the wrong hands these fragments can forever alter the destiny of untold trillions.
The race for these fragments is on for the Children of the Atlas...

Continue story
< Prev : What Came Before - part III Next > : Awake