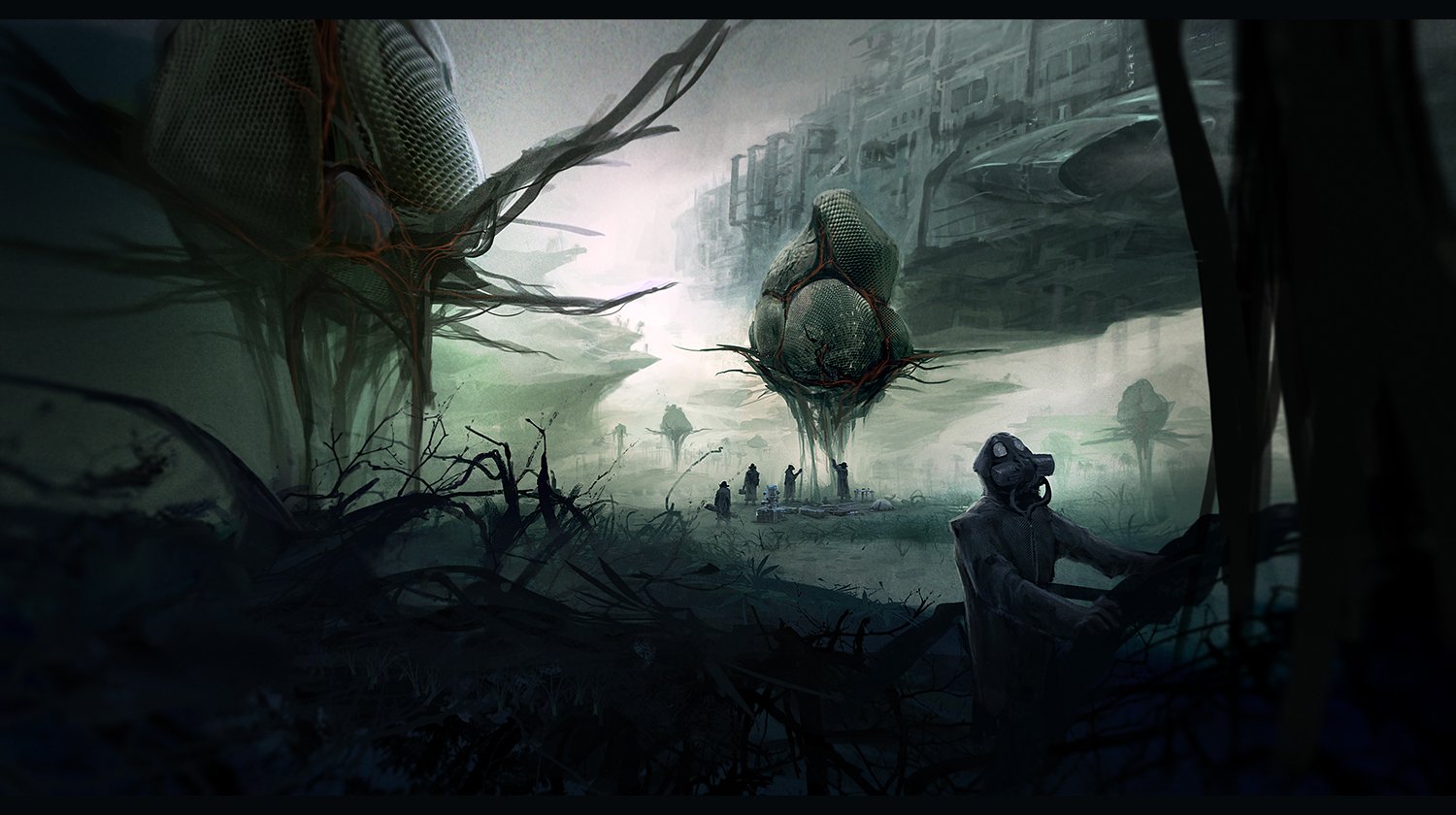 Sulaco, on the outer edge of the Revenant Stars, is a planet of perpetual twilight, covered in clouds of pollution and a perpetual solar eclipse. Only the planetary elite could afford artificial illumination. Murder, corruption, and crime were rampant, while the elite oppressed the vast underclass of forge workers with hired mercs, the closest approximation the planet had to law enforcement. Violence, both interpersonal and suicide, kept the population in check.

Sulaco's geology contained priceless wealth, particularly huge quantities of naturally occurring chromium. The mineral trade made Sulaco's elites great amounts of wealth, but at the cost of vast chemical and metalworking facilities scarring the landscape, throwing up the toxic clouds that perpetually darkened the skies and induced all sorts of genetical diseases in its population.

The planet's tidal locking with its moon, Trebraruna, keeps the planet under the darkness of a solar eclipse even in the height of summer. As a result, the human population of Sulaco have pale skin and huge black pupils adapted to live in an environment of near-total darkness.

During the Bloodshed uprising many Sulaconians, left the world and joined the ranks of The Armada, seeking riches and wonders in the galactic wide conflict against the High Council. Their shock troops became infamous in the Siege of Basquilla where thousands were mutilated and killed at their hands.

In the 5th century after planetfall and during the last year of the Bloodshed Uprising, Foreman Theodoric Raivok, a distant relative of First Captain Gamia Raivok, launched a coup with the help of the proletary masses that massacred the ruling elites in one week long of bloodshed, that came to be know has the "Long Awakening".
However it became clear that they had no plan on how to govern themselves or any idea what to do next.
Violence became rampant, even more so than before and it became common for hundreds if not thousands to be found dead each day. Production and output fell massively, and the planet soon found itself unable to trade and feed it's population.

In one last throw of the dice to try and save his people from self-annihilation, Theodoric reached out in secret to the emerging USSF, whilst declaring publicly that Sulaco was to return to the old ways, to the years after planetfall.
USSF forces arrived in the planet and brought proper law and order for the first time in centuries and quickly brought the consuming chaos to a halt.

With the help of the Union a provisional government was installed with Theodoric Raivo as its figure head and the planet is making strides to abolish crime and corruption. They have petitioned the USSF to join the Junta recentely and are likely to be successful mainly due to its mineral wealth, if nothing else...