Location -Warp - on route to the Olian Cloud 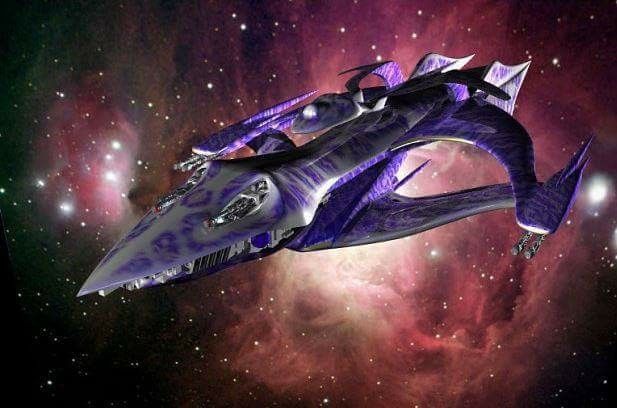 Having left the other Conclave members Xoth and her hounds settled down in the cockpit of her sleek ship. She looked down upon the ships' control panel checking that all was well with the systems and her destination.
It had been agreed that would she would use their vast connections and network to follow this new lead on a Atlas fragment. And secure it at all costs. They could not trust an agent for a mission of such magnitude.
Xoth used the encrypted link left to her by her brothers and sisters and replayed the message by this enigmatic figure, Zendichez. She also looked at the data reports the Cephalon Consortium had on the individual on their Dark Nexus. It didn't take long for her to read and absorb everything there was to know at an unbelievably fast pace. The Conclave had decided she would attend this auction in person and payment for a place already delivered. All she needed now was to get to the Olian Cloud and wait for the final coordinates.

Zendichez had a solid reputation. His goods were always of superior stock and deliveries always made on time upon payment. He was an illusive figure, never conduction his business twice from the same place and he appeared to be in good stead with most major players in the galaxy. If there was something you wanted he was one of the few that could procure it or point you in the right way. All for a fee of course. Looking at his digital trace on the webways she could she had he had dealings with hundreds of renowned Salvagers in the Galaxy and appeared to maintain decent levels of diplomacy with main major faction and House across known space.
But he was hard to track down. Even with the Consortium vast resources she had been unable to find anywhere he could be found unless he wanted to. Almost as if he could appear and disappear at will, leaving no footprints he did not want.

Xoth sat back and waited looking at the roiling mass of he warp. One of the hounds nudge her leg and she absently scratched at the tough hide of his snot. Looking at this man's reputation she believed he had indeed found a fragment of the Atlas. And if one existed others could have survived the explosion that destroyed it a few moths back at the Galactic core. One could only imagine the power and secrets one could unlock with such artefacts.

While she waited she would look at any news broadcasts considering the current events. She cared little for petty politics but it paid to keep an eye out for developments. Xoth's green serpent like eyes shifted over the panel as she scanned through the data streams. Her tentacles shivered in excitement as a devious smirk spread across her face. Her plague kept advancing. No one seemed to know how it appeared or where it came. Dozens of systems had already fallen to it and soon they would release their cure on the Galaxy and tighten their ever expanding grip on the unsuspected masses.

Xoth smiled. After the experiment that had been the Bloodshed Uprising she could wait to see what they would learn from the spread of this new plague...