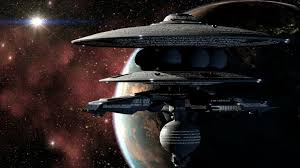 Promenade of the Dobu Spaceport

Gideon was standing behind a crowd of gladiator fans cheering on a fight between two insectoid creatures. They were fighting in a makeshift ring in a very gruesome manner. Gideon was eating Cardacha Cthonis which was like a ramen noodle like dish served with Diplazium Dizona (alien meat filled dumplings) and Elmohk (noodles made from a type of space jellyfish tentacles). It was not as good as authentic food, but a lot better than the synthetic bread and flavored paste Gideon had been living off of. He quietly ate as he monitored the fight from the video screen nearby. He remained emotionless as he ate his warm food. Since it was a type of soup he didn't need to buy a drink to wash it down.

He closely monitored the two yellow humanoid type bugs as they ripped each other apart. Each time one was ripped open purple colored blood sprayed the audience, which was why Gideon sat away from it. The last thing he wanted was to taste bug blood in his food. Gideon was feeling content with himself as he ate and watched the fight behind the loud obnoxious crowd. Not only was he enjoying a better flavored meal for a change, but he was also waiting for his paycheck from Frost. He felt he went above the call of duty to earn his payday and was not about to leave before Frost payed him.

Ironically he and unknown to anyone else he still had a copy of all the data he retrieved in his staff which was shrunk to the size of a six inch baton attached to his waist under his cloak. If Frost double crossed him he could recover his losses without much concern, but if he honored his part he would not cross him. Gideon was a strong believer in showing the same respect he was shown in the salvage business. Since he was not a big spender, Gideon still had a decent amount of credits on him for food and basic supplies. He considered getting his own ship in the future but before that he needed to cover the cost of not working for long periods of time.

Then the crowd got even louder as one of the insect people won the match. It proudly displayed the bloody head of the loser before ripping off parts of it to tossing them out to the audience as gruesome trophies. Gideon kept calm as the crowd roared loudly for the victor. While the crowd was hooting and hollering, Gideon walked over a few feet to the betting window and showed his betting ticket. 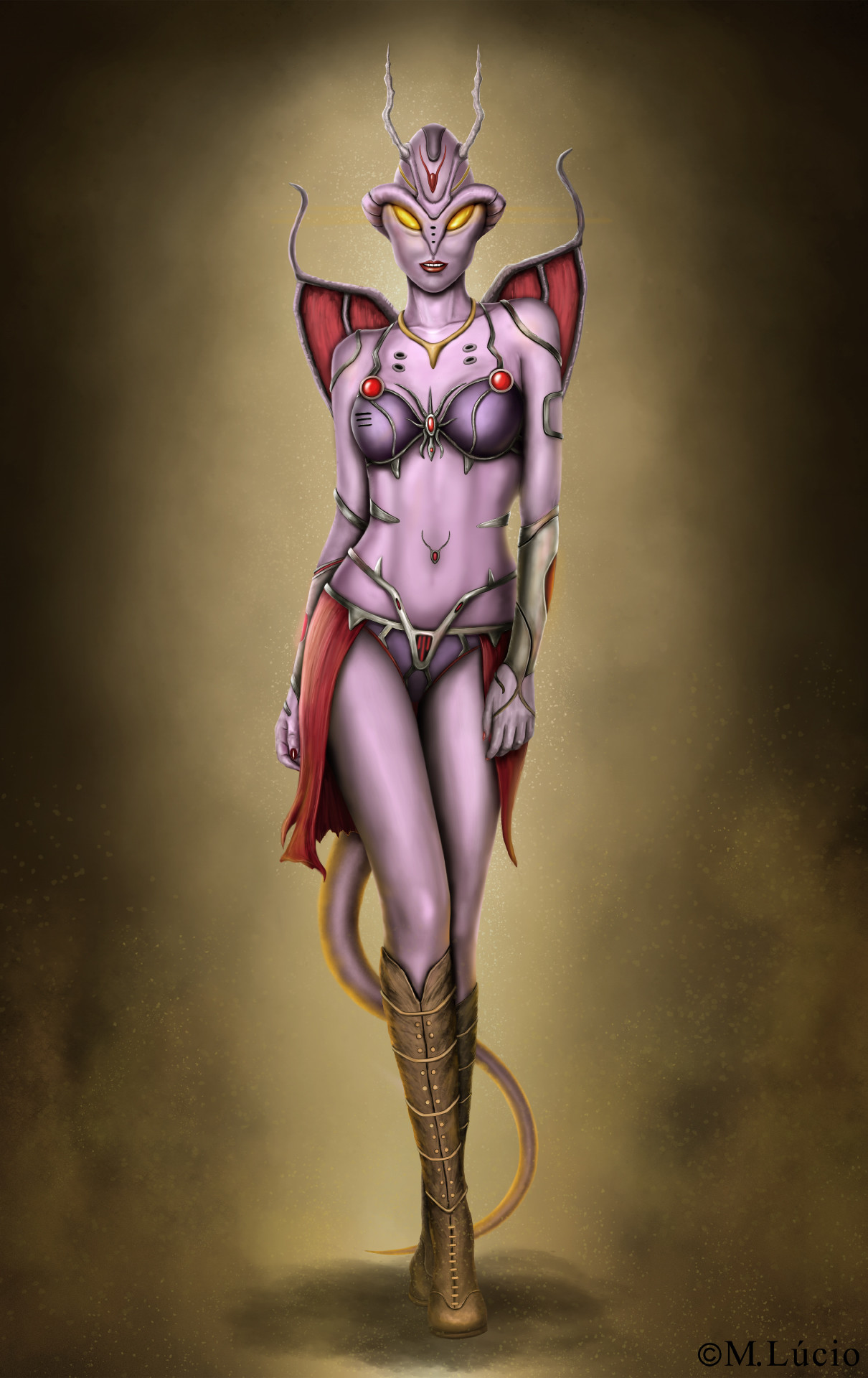 The alien female behind the window checked out his ticket and smirked as she nodded and bagged his credits for him. Since Gideon won a good amount he wanted to get his winnings and head out before any thieves got any ideas. The lady behind the window tried to flirt with him, but he politely told her he was flattered but had to leave for a job soon.

So once he got paid his winnings, he walked away and created an illusion of him walking to a different path to the brothel, while he looking like an alien and ordering a protein spicy eel shake. 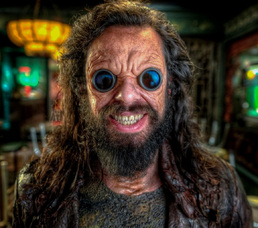 As he waited for his protein shake while disguised in an illusion as an alien, he saw a few alien goons talking to the alien girl at the counter and then began following Gideon's illusion of himself going to the brothel. As he suspected, the local Dobu were not to keen on loosing any money and aimed to collect it back by force. Gideon played it cool as he bought his shake and left towards the hanger to meet up with Frost for his payday. He found a decent empty crate near Frost's ship to sit on was he waited patiently while sipping his shake.

He had a lot of credits on hand now and once he got paid by Frost, he would have plenty of time to decide on his next job. Since he had a decent rep he could easily find work, but he preferred to know more about potential bosses since many had a nasty habit of killing hired hands to get a bigger payday. Gideon had already met quite a few bosses like that and used his illusions to avoid dying while still getting paid. He simply tricked the boss with illusions into killing a different crew member and then proceeded to loot the safe before vanishing from the ship. It was a lonely life for him, but he had little choice since he had no idea who wanted him dead and for what reasons.

He still believed that the pirates who attacked his people were just hired hands since they took no prisoners and didn't make any threats for their tech. It was unlike them so he believed they were cannon fodder for a third party hiding in the shadows. Sadly the third party was smart enough to stay hidden and left no bread crumbs for him to find them. One of the benefits of working with different bosses on different ships was the gossip he heard. This increased his chances of finding clues to the secret enemy he wanted to destroy. He sipped his shake as he read a book on a holo-screen while still in his disguise. He wanted to remain inconspicuous till Frost came back to pay him. When he was alone he had a bad habit of remembering his past and that bothered him so he would read old books to keep his mind distracted.