Location - Asteroid in the Ferrian Rim 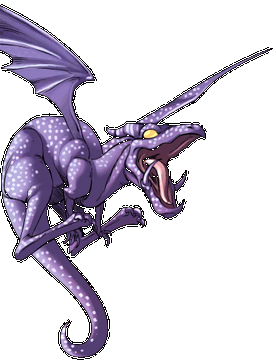 Cody let out a sigh of relief as he reclined his chair in the cockpit of a disassembled Vorax ship. He stared out of the cluttered hanger bay into the emptiness of space, the stars creating a beautiful backdrop to the blue and orange planet below. The wonderful image was complimented by the purring of the dracimore named Brigit which sat in his lap.
Cody smiled slightly as he thought about how lucky he was to be here. This small repair shop he ran out of a hollow asteroid was his idea of paradise. He moved up here from the planet Trexin a few weeks ago, and so far its been the only peace he has known. Trexin, located in the outer rim, is home to many families that eventually were drafted to The Armada.
And like the Armada itself, Trexin was full of ruthless backstabbers, liars, cheaters, and murderers. Every day, life for Cody was a battle just to survive. To make matters worse, his father served as a captain in the Armada, and had always insisted that he follow in his footsteps. But Cody's mother wanted a different life for him; she pushed him to learn a trade, and to have a life away from Trexin. So naturally he started to make preparations to leave home… that was almost three years ago. Three years of hard work, studying, saving, and a whole lot of stealing parts and tools. Plus getting one of the local miners to hollow out this asteroid and push it into orbit. But it was all worth it, now he was finally free.

Brigit stirred in Cody's lap and looked up at him, blinking her eyes simultaneously. She got up on all four legs and stretched, the scales on her back shifting over one another; then unfolded her wings and leapt out of the cockpit and glided to the far corner of the shop where her food and water was placed.

~Its about time I get up too.~ Thought Cody as he stood up and stretched in the same manner as Brigit. His eyes passed over the crates sitting it the middle of the shop, most of which were labelled as FOOD. ~I better unpack that as well, before another ship shows up and has nowhere to park.~

As he climbed out of the Vorax ship, he took a look around the rest of the shop. There were piles of parts covering most of the floor space, and a layer of rust covered most of the floor left exposed. To the untrained eye it looked like a collection of junk, but to Cody it was priceless. Buried under most of the non valuables were all of the expansive pieces, like warp drives, motherboard chips, photon cannons, and plutonium fuel converters.

He kept his shop this way intentionally, due to the nature of his customers. If they came in and saw this mess, they would assume there was nothing here worth stealing. Plus, with most of the floor space taken up by spare parts, only one ship could land in at a time which gives the advantage of not getting overrun by too much work.

Cody smirked at his cleverness as he walked towards the crates, but before he got half way there, something on the far wall caught his attention. The control panel at his work station was flashing bright yellow and said Urgent Message - Trexin overrun by mysterious plague -

"Brigit… we are about to enter a world of pain."
"Menyaaaaaaaaaaaah." she replied
"I know Brigit, I know... I'm hungry too"