Coming together to fight tomorrow 2

Turon sat the clothes on a rock near the water. He then undressed and took a seat at the water's edge.

Liliana came up from the water and was surprised to find he there, she instinctively covered herself until she realized it was him "oh....what are you doing back so soon?" She asked

"It didn't take long to find something comfortable for you," he said. "Where we are going, long dresses wouldn't be favorable, so I brought you something else instead." 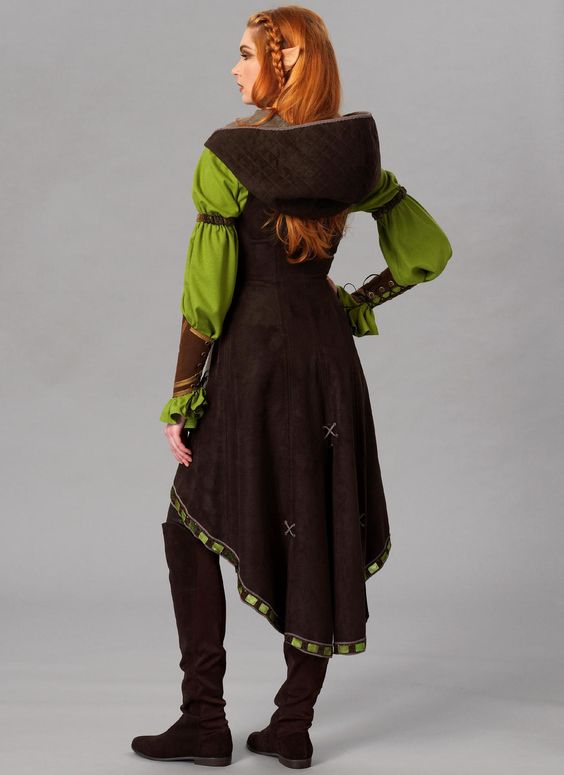 "I'm glad," he said. "When you are ready, we will dress and head back to the wagon."

"I'm sure Nugget knows," he said. "Though, my opinion of her has changed drastically these last two days."

"Why?" She asked as she slowly swam up to him

"She expects me to buy you from her," he said in disgust. "You are not an object."

“Maybe not to you but to some I am.....that being said I will pay her if you wish”

"No," he said. "She will not receive a single coin. I will find the document and destroy it. That will take away anything deeming you an item for sale."

"Nugget took care of me.....if she wants money I will give it" she said touching his leg from the water "would you like to join me?" She asked softly "You need only ask," he said, moving deeper into the water.

When he was fully in she wrapped her arms around his neck and hugged herself to him "does this help?" She asked and he realized she was trying to comfort him

He smiled and said, "Yes, it does. Thank you. But I will be fine. What about you?"

“I...” she stopped and covered his mouth with her hand and he felt her tense in his arms. He heard a twig snap behind him and heavy steps that crunched the leaves on the ground. When he tried to turn and look she shook her head for him to stop moving

His arms tightened around her protectively. He didn't move otherwise, nor did he acknowledge the danger by moving. But everything about him said he knew.

He heard a large creature start drinking from the pond behind him, the waver rippled with it's tongue. Liliana hugged him tighter

He wanted to see what animal it was, but the sound told him a bear. If they didn't move, it would go away.

After a moment he heard the creature walking away, he turned in time to see a dragon youngling walk into the woods

"We're in dragon territory," said Turon. "We need to get to the wagon and get out of here. The last thing we need is a dragon attack."

She nodded but she still didn't let go of him

He took them both to shore to get dressed. They had to move quickly, but quietly. He heard a sound in the distance and pulled her under a tree to stay out of sight as a high dragon flew overhead.

She tucked her head and buried her face in his chest, her hands were shaking on his waist

When the dragon was gone, they finished dressing. They tried to stay out of the open as they made their way back to camp. Once there, he made her get in the wagon.

"We saw," said the dwarf. "My horse is tied to the wagon. Get on yours. Nugget and I will drive the wagon."

Neriel sighed when they reached the camp. Her hala could feel her nervousness.

"Fenros, are you sure about this?" she asked for the umpteenth time. "A camp full of shems?"

"You know the way you act about shem's is not better then how they act towards us, your just as bad as them and it disgust me" he said in a cold tone

"I don't call them degrading nicknames," she said. "I just don't trust them. Everything I heard from the others made it clear that they shouldn't be trusted."

"I go by what I know," she said. "I don't know many shems, so I can't form an opinion. And knowing mother went off with one, I don't want to know them. What if he lied to her and now she can't come back? Or something worse happened to her? You don't know with shems."

"And you don't know!" He said making her hala stop "listen to my words careful sister , I am close to claiming no relationship to you because you are so ignorant and naive and closed minded that I can no longer stand you, you are they type of person I despise , you don't think for yourself you judge by others options, either get a mind of your owe or lose me as your brother"

"All I can do is try," she said. "I don't want to lose you, Fenros. This could be why the Creators placed me on this path, to learn of the world and the beings in it. I don't know. But I will try to learn."

He was silent as they headed more into the camp. The warrior who had escorted them here showed them to their rooms

"What do you think the Warden will be like?" she asked.

He shrugged “that’s what we are here to find out”

"That doesn't help me feel any better," she said.

"Am I suppose to be making you feel better? We have a job to do a job you asked for remember" he said with a nasty tone

"I'm nervous," she said, looking at him. "I know I have a job to do. I'm not going to run from my duty to our clan. That doesn't mean I won't be nervous about meeting humans for the first time." She sat down. "I've never talked to a shem, Fenros. You were always better at it than me."

He just unpacked silently without another word to her.

She sighed and followed suit. She just lost herself in the mundane task and was about to go feed her hala she bumped into somebody.

There was a elven woman who dropped her basket “it’s ok” she said with a smile and bent down to start picking up the apples that had fallin out of the basket.

"Here, let me help," she said, picking up apples. "It's nice to see another elf. I'm new to the camp and don't have much experience with shems."

The woman looked at her “we don’t call them that here, it’s best if you don’t either, it’s disrespectful “ she said putting apples in the basket “there is a Mutual respect here at the camp, we are all allies”

"Oh... I'm sorry," she said, looking like she had said something offensive without realizing. "I didn't know. I'll try not to say it again."

"Thank you," Neriel said as the woman walked away. She cut the apple in half and gave one piece to Fenros. "So, should we go talk to Blackheart?"

"He is holding a assembly today, we will meet him afterwards" he said continuing to put his stuff away.

"When did you learn that?" she asked, eating her half of the apple.

"Do you ever listen to others? The warrior told us when we got here" he said

"I was thinking," she said. "I was comparing what we were told growing up and how the guard acted."