The year is 2282, it has been 205 since the bombs fell changing the world forever. Society has mostly rebuilt itself in the ruins of what once was Washington state. Overlooking the Pacific Ocean to the west, the northwest is a playground for gangs and factions. The New California Republic has expanded further north into the city of Tacoma, establishing a permanent outpost and society there. Tacoma neighbours the key city Seattle which is home to mutants, raiders and other rival factions all trying to claim the legendary city for themselves; all ultimately failing. The rest of the former state is mostly rural and tribal. Smaller communities fight for themselves, while some remain in vaults deep beneath the Earth. The Northwest is a land of war and madness. What will you do?

Rules:
- Be respectful of other players, especially no killing other player's characters without their permission.
- Please do not create overpowered characters, everyone has their flaws.
- Please try and create original characters, don't play as any major characters from the games. Especially characters not alive in this time period.
- Don't dramatically alter any ground Fallout universe information.
- Have fun! 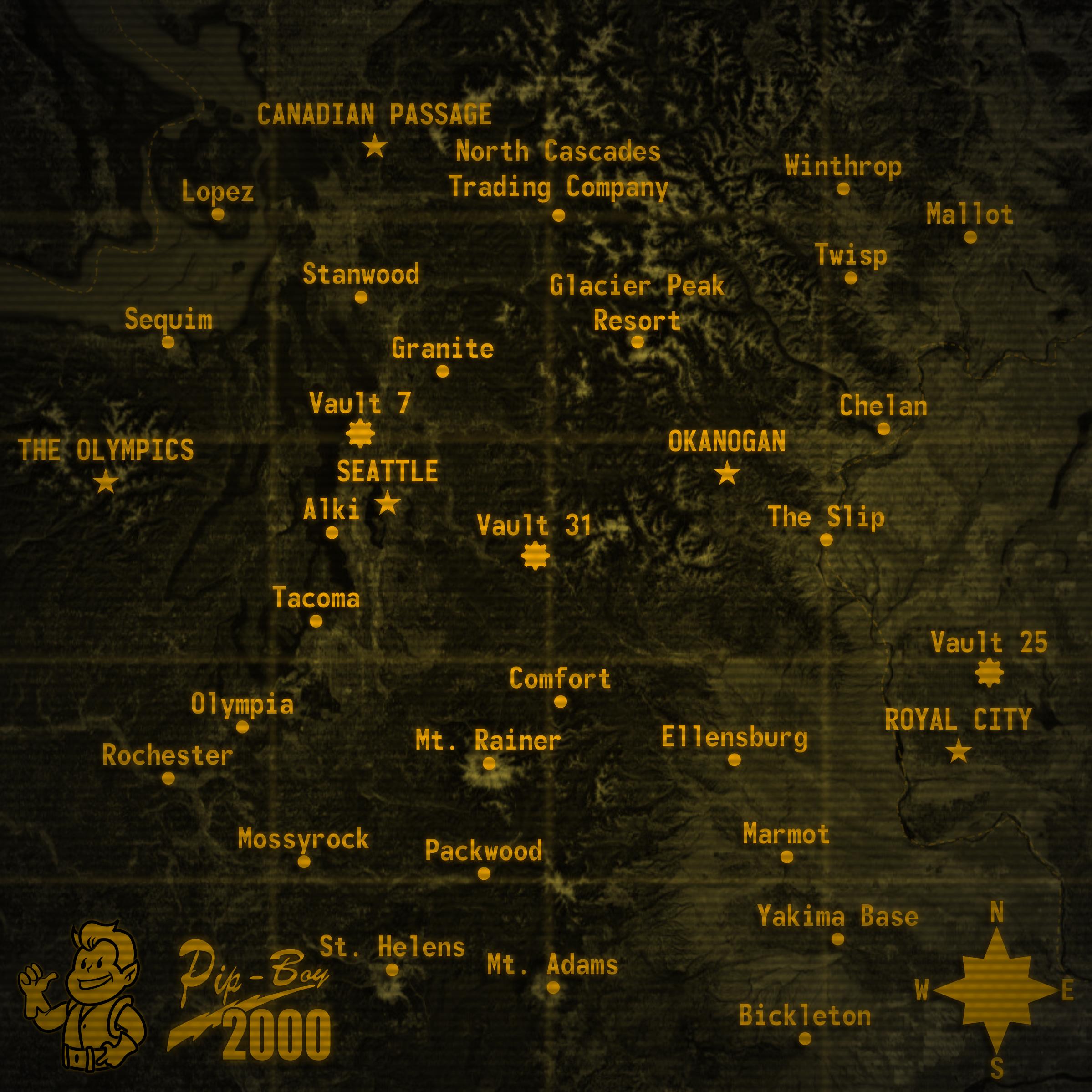