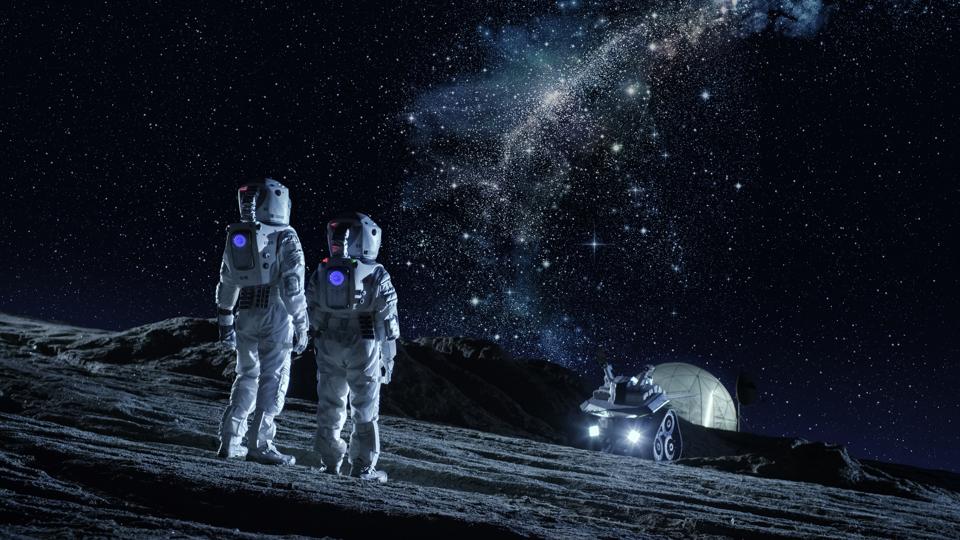 A few weeks ago I posted the concept behind the game and was very pleased to see some writers step forward and embrace the challenge that Burden of Hope aims to pose.
To explore in narrative some of the possible challenges that Mankind will face once we take to settle the inner solar system.
It think it is a subject close the heart to many OW writers and I hope that when the time comes many of you join us in exploring these worlds we are creating in the background.

We thought it would be a good time to give, those of you who might me keeping an eye on it, some sort of update. I could not be more pleased with the enthusiasm and ideas that my fellow moderators brought to the table. It is only fair I start this post by thanking them and of course introducing them, but I am sure many of you already know them. :-D

As you recall the narrative and game will centre around The Moon and cis-lunar space, Mars, Venus and the Asteroid Belt.

Chris joins us and will be in charge of our Lunar colonies- the way he is incorporating real events into the worldbuilding is fascinating to watch.

Largehobbit takes charge of Mars where is bringing to life not only what is likely to became the central hub for our colonies but where he will likely explore some of the more interesting human themes he hinted at in Machine God.

Venus is in the hands of Locke and I for one cannot wait to see him expand on what he has already planned. There are some surprises in store, some that even I did not see coming.

I will be taking ownership of The Asteroid Belt where more of the recent built colonies are located.

To give you a sneak preview of what is to come we have here the general timeline of events we have based our ideas on.

TIMELINE
2032 - The Tri-Lunar Accords are signed at the UN as an extension to the "International Co-operation in the Peaceful Uses of Outer Space" resolution where Europe, Russia and USA agree on the best way to start the settlement of the Solar System. China is outraged at the essence of the Accords and removes its presence from the UN.
2049 - The European Space Agency establishes the 1st Lunar colony on the Moon and continues to build cis-lunar space infrastructures needed for the industrialisation of the moon in the coming decades.
2057 - The USA finally arrive on Mars for the first planetary colony in the solar system. Several larger settlements follow in the coming decade.
2066 - Russia drops the first "floating city" in the skies of the planet Venus at an altitude of 50 kilometres above the Venerian surface, where the environment is the most Earth-like in the Solar System (that we know of) and protection against cosmic radiation is provided by the atmosphere above, with shielding mass equivalent to Earth's.
Several other cities and settlements are founded in the coming years in quick succession.
2072 - After decades of automated missions in the asteroid Belt, China announces it has created the first space settlement inside a mined out asteroid named Pan Gu, that will house 1M people and be self sustainable within one decade. In direct violation of the Tri-Lunar UN Accords this colony escalates tensions between the UN and China back home
2089 - Massive disaster on Earth - Colonies are cut off. The future and survival of mankind is in serious doubt.
2090 - The First Gathering of the Solar Colonies takes place on Mars following the disaster that becomes simply known as "The Shroud..."

It's just a teaser of course, and one that hopefully will make some of you wonder, what are the Tri-Lunar Accords and its relevance to the plot? What happened in the intervening years of Mankind settling the Moon and eventually the Belt? How did the first human colonies developed and strived? What is The First Gathering? And what is the Shroud?

We will be posting more in the coming weeks, again to test the interest of players in OW for what we feel is a unique theme. Remember the idea behind the game is that eventually any writer/player that joins us can work towards being assigned their own colony as we hopefully not only explore life in these colonies but look beyond as well.

Please feel free to comment and give us your feedback. We would appreciate it very much.

Continue story
< Prev : OOC - DC: War for Tomorrow Reboot Next > : OOC - introducing myself and my RP