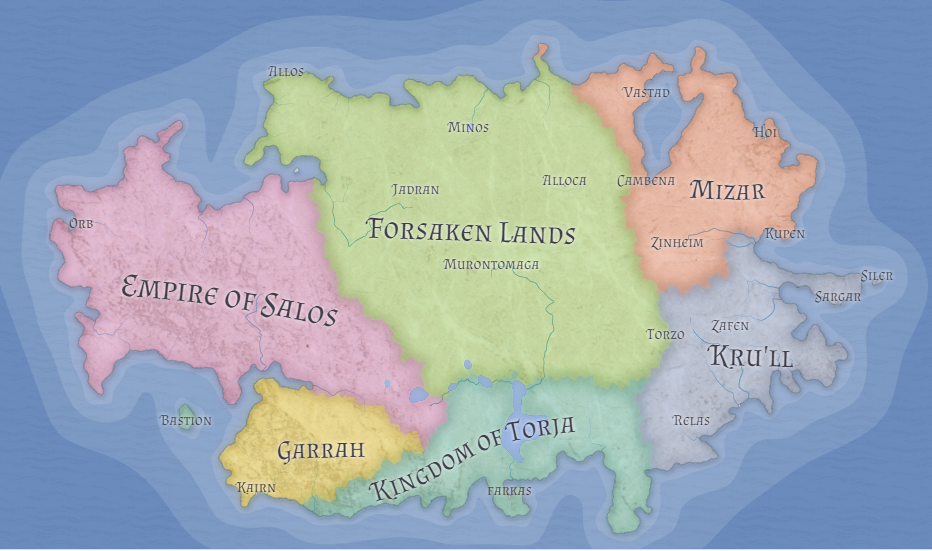 One hundred and six seven years ago, the forces of the Noctua Inquisition, led by the armies of the Shrine-Cities of Mizar and the Kingdom of Salos, invaded Helias central realms, in a blood soaked decade long conflict that lead to the death of hundreds of thousands and the purging of magik from most of the lands.

For generations the tensions between the religious orthodox and magik adepts had grown to unbearable proportions.
Persecutions directed at the magik touched or witchcrafters started to become widespread and reflected in many kingdoms stringent laws, that called on the common citizen and the believer to fight and be vigilant against the Maleficium.

Fury and fire swept the land in what some writers at the time described as "a sickness of the soul that descend upon Humankind", where brother turned on brother and neighbour killed neighbour. Where whole families could be sold into slavery just by the whispering if rumours. Others simply called the Noctua Inquisition a political tool used against the often more advanced kingdoms, where magik flourished and was part of the fabric of everyday life.
Others still defend that to leave magik to run amok would result in the destruction of the world.

At the battle of Murontomaga, the Sorcerer-King Torkaus, seeing the capital city of his kingdom sieged and with little hope to achieve victory against the Inquisition, killed his own family in sacrificial ritual to use their royal blood in his final spell.
No one knows the exact nature of what was unleashed that night, but everyone within the city died in one heartbeat. And the strange energy released that evening spread from the ruins of Murontomaga like a silent plague...