Going to be a bit busy with other games this weekend so I wanted to get this out while I have a bit of free time.
Following on the first post from this Chronicles I wanted to touch on the two other books that truly wet my apetitie for all things fantasy and RPGs. These were the first two books I ever bought with my own money and especially the 2nd made me understand that while single book games could be fun playing or even writing in a group would be 1000 more so.

So today continuing with titles from the popular Fighting Fantasy Series, I bring you City of Thieves and Deathtrap Dungeon. 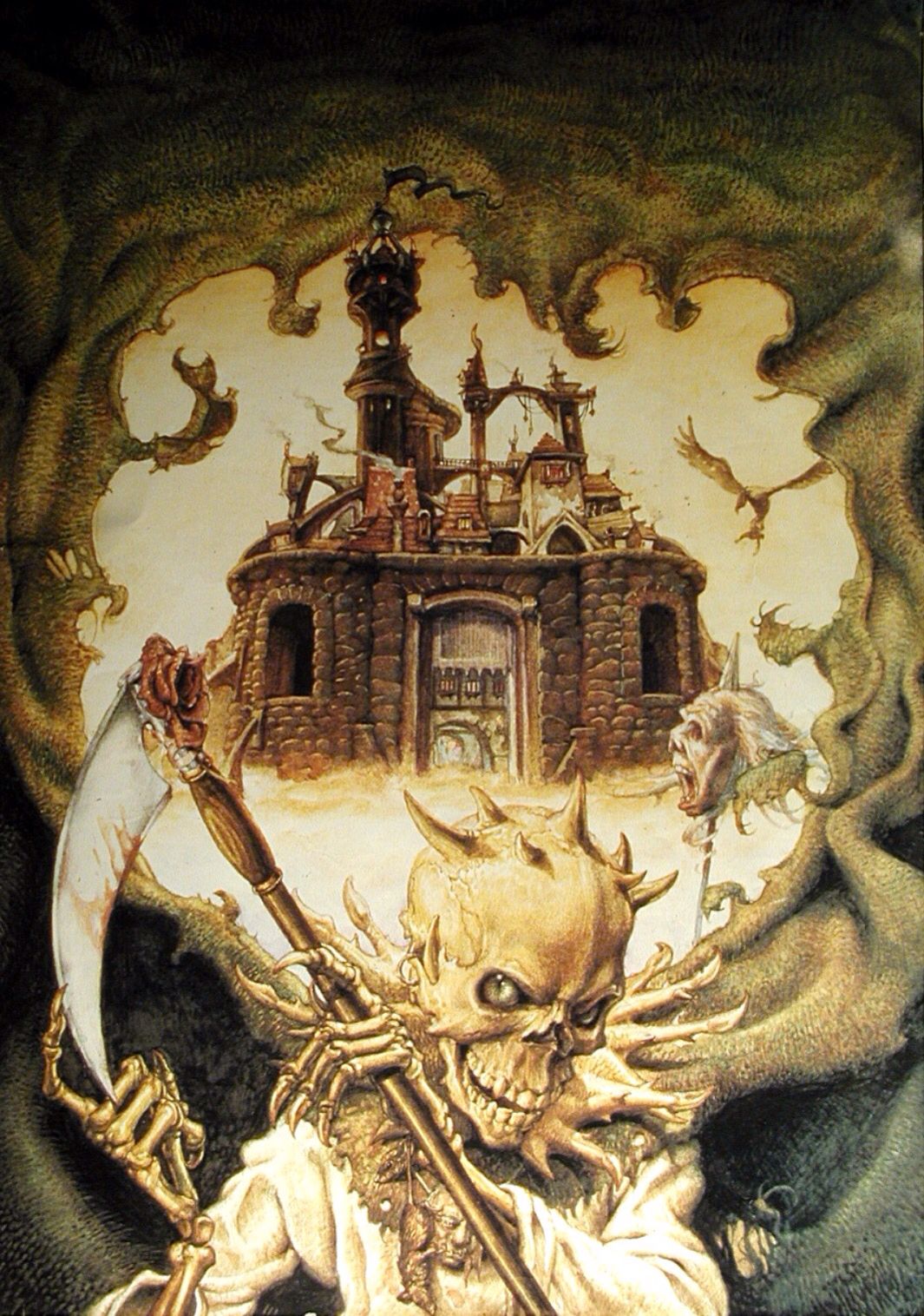 City of Thieves is a single-player adventure gamebook written by Ian Livingstone and illustrated by Iain McCaig. Originally published by Puffin Books in 1983, the title is the fifth gamebook in the Fighting Fantasy series.
The player takes the role of an adventurer on a quest to find and stop the powerful Night Prince Zanbar Bone, a being whose minions are terrorizing a local town. Hired by a desperate mayor, the player must as the adventurer journey to the dangerous city-state of Port Blacksand (the titular "City of Thieves"), and find the wizard Nicodemus, who apparently knows of Bone's one weakness. What follows is a series of challenges as the player must locate certain key items, escape Port Blacksand and eventually confront Bone.

"Are YOU brave enough to walk the deadly alleyways of the notorious Port Blacksand?
You must travel to the sinister dark tower of the demonic sorcerer Zanbar Bone, in order to stop his reign of terror. But first you must make it past the bloodthirsty thieves and monstrous beasts who lurk within Port Blacksand.
Step up, hero, it's time to fight!"

Deathtrap Dungeon is a single-player adventure gamebook written by Ian Livingstone, and illustrated by Iain McCaig. Originally published by Puffin Books in 1984, the title is the sixth gamebook in the Fighting Fantasy series.
Deathtrap Dungeon is a fantasy scenario set in the trap-filled and monster-infested labyrinth of Fang. The player takes the role of an adventurer who decides to enter Baron Sukumvit's "Trial of Champions" and brave "Deathtrap Dungeon". Competing against five other adventurers, the player must defeat monsters, navigate the maze of dungeons and collect certain gems, which are the key to escaping and winning the Trial. When it was first released, Deathtrap Dungeon sold over 350,000 copies in its first year alone. It was made into a game across several platforms.

"Every year in the city of Fang, Baron Sukumvit opens his Deathtrap Dungeon to brave contestants. He has built a labyrinth riddled with fiendish traps and hideous creatures to trick and test anyone who enters! Over the years countless adventurers have taken up the challenge to take The Walk of Deathtrap Dungeon. A survivor will win 10,000 pieces of gold. But no one ever has. Will you be the one?"

What about you guys? Any books or games regardless of its kind that insipred you to write or take up this type of games we have in OW?
Leave you comments below and I can make a feature about it soon.

Coming next: The world of DragonLance!