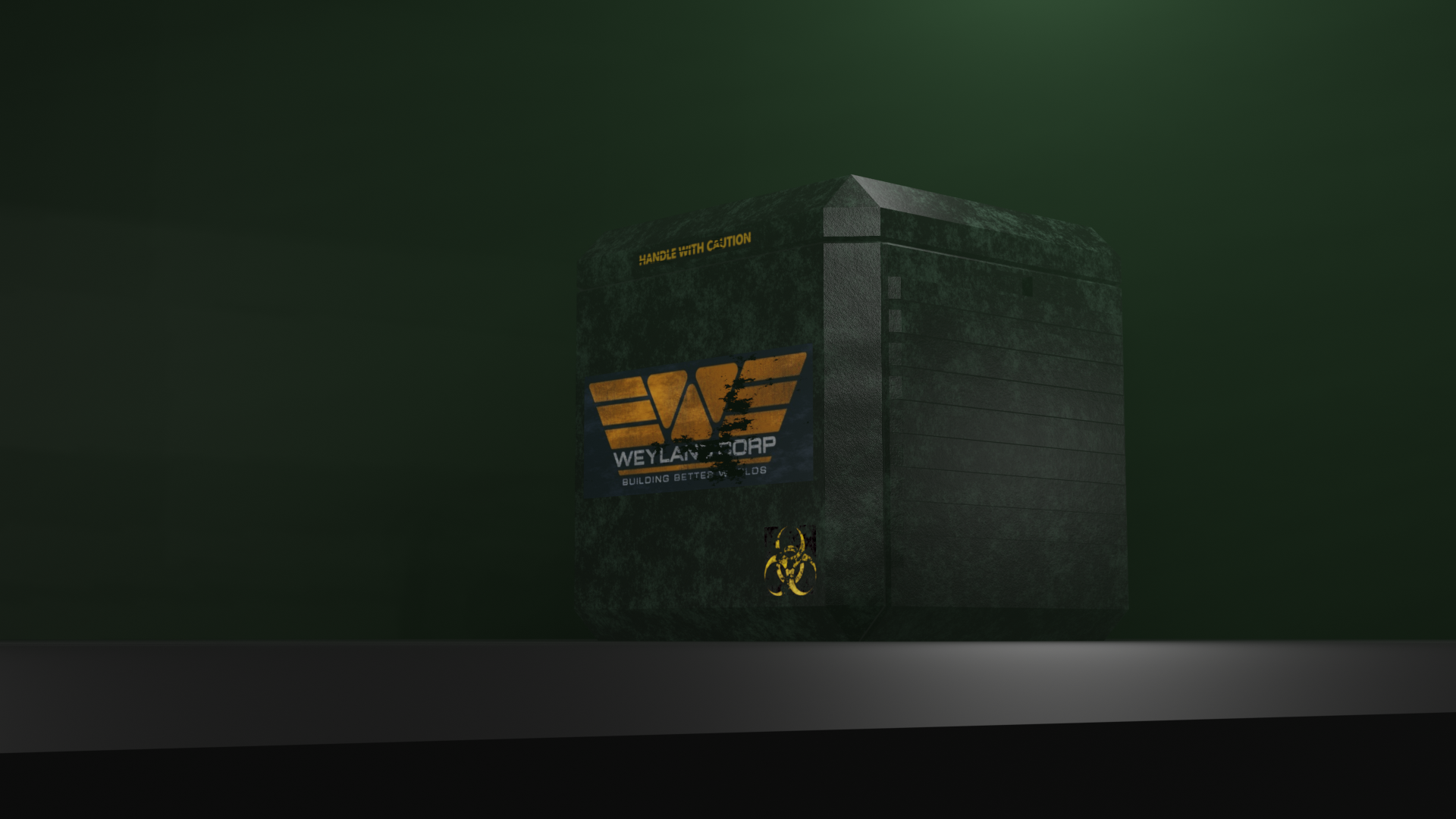 Crates modeled and rendered by Omni

Irving stared at the crates, after a few hours of tampering he had found his way into one of them. He had successfully hacked the code lock. He hadn't felt that satisfied hearing a bleep in a long time. Inside was three strange near cylindrical vase like objects, inscribed with various symbols. He slowly lifted them one by one to the top of the refrigeration crates. "I hope this is what you wanted Cowboy," he muttered to himself.

He couldn't resist and quickly picked one up again and rotated it in his hands. "I've never seen symbols like this before it looks ancient, expensive." He put it back again, he couldn't imagine what Cowboy would have done to him if he had broken it.

Then Shusett's eyes turned to the second crate unit. He began to tamper with the codes, it was quicker to crack than the first crate. He quickly pulled the crate door open when out of nowhere an insect like alien leapt out towards him, it let out an ear piercing screech.

Shusett screamed and barely managed to knock the creature on to the ground. He quickly ran towards his cart and began to drive away, it felt like his heart was going to beat out of his chest. "What the fuck!" The creature ran off into the darkness, all Shusett cared about was that he had bested it whatever it was.