“We have to get out of here.” Eve said, turning pale as another uniformed soldier toppled to the ground, more resembling a hedgehog than a human.

“Damnit, where the hell is Jaxx when you need him.” Cass growled. Jay raised an eyebrow, but let the comment drop.

“There’s something off about this.” Jay said, retrieving an arrow from the dead hedgehog-human. He struggled with it for a moment and it snapped in two as he yanked it out of the corpse.

“The feathering is artificial.” Jamie said, popping up briefly to return a tomahawk, which sailed through the air and hit a soft squishy something.

“Jungle… fighting… You know.” He said, before Jay had a chance to even ask.

Evelina smirked at Cass as she was wondering the same thing. She knew Jaxx was far away on his training mission with Franky, but when it came to mass destruction and a huge body count very few could come close to him especially since he didn't use a gun anymore. It was sad to say but he was truly gifted in the art of violence and his absence was sorely missed by more than just her right now.

As Eve blind fired her pulse pistol over the bonnet of the DeLorian next to Jay. Another volley of arrows sailed over head, tinking off the metal of the car. Jay was trying to figure out how artificial arrows were being used since they should have been the only outsiders around.

Jay said, "Whoever is attacking us is obviously getting help from outside this timeline. The question is by who and why?"

Cass ducked behind some cover as a arrow whizzed by her head as she said, "Your guess is as good as mine but the fact that they are not using pulse weapons helps narrow it down."

Jamie said, "Your right if they really wanted to take us out they would not be subtle about it unless they were trying to hide something."

Jade asked, "What are you getting at?"

Sam asked, "Yeah enlighten us cause I have no idea what is going on here."

Jamie said, "Well the went through a lot of trouble using to use replica Indian weapons so they could remain normal in the eyes of the locals.

Jay said, "Sp only those experienced enough to tell the difference could release that they from out of this timeline.

He never finished his sentence as an arrow pierced his head and sent him to the ground.

Normally the gruesome site would have sent most people to loose the contents of the prior meal, but the Dwarfers seemed to be used to it by now.

Then suddenly a loud speaker came on as a small whiny voice echoed from the trees. As the voice became louder and more clear the Dwarfers could see a small child being lifted in a small golden throne by some big and beefy Arabian men dressed like genies. The small voice French said, "Attention! Attention! All kneel before the mighty and majestic Napoleon! If you surrender now I shall let you live..........As my slaves! "

Jay winked at Cass and muttered, "Watch this." before he yelled back, "You and what army?"

Suddenly from out of the trees came hundreds of Huron Indian warriors. 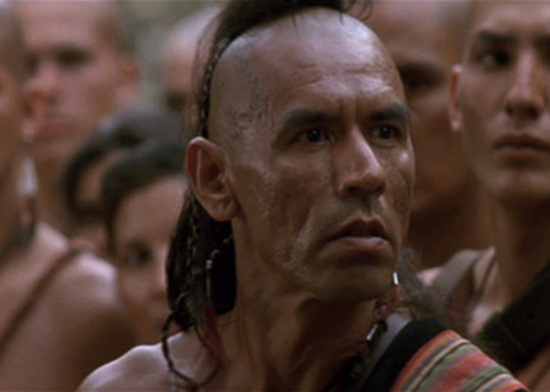 Then after that came hundreds of French soldiers in green uniforms. 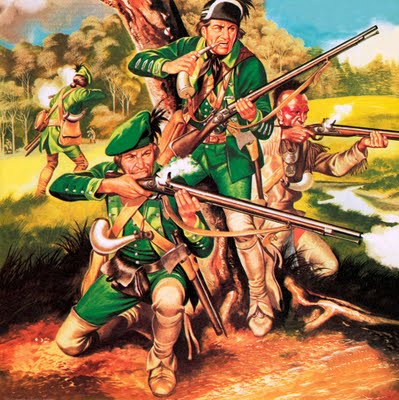 The little man yelled, "This one!"

Evelina sighed and said, "Ah snap! We are being hunted by a maniacal midget with an army of Indians and French soldiers and my husband is on the other side of the galaxy over 3 million years away. Could this day get any worse?"

Napoleon the said, "Of course the women will be my love slaves and any who object will loose their head."

Jade sighed and said, "It just got worse."

Napoleon the said, "Since your women hold value to me I will give you ten minutes to surrender. Should you try to escape or fight I will have your hides made into my floor rugs."

Cass thought for a second and said, "Wait a sec......The real Napoleon died long before this battle. He can't be the real one."

Evelina said, "Maybe he is a wax clone or a mech like the terminator."

Jay gritted his teeth and said, "Either way we got less than ten minutes to get out of this mess unless you ladies are into sex with a midget.

Jay received several evil glares from the females after his comment.

TAG (We got an angry Mini Napoleon with an army of French and Indians, what's next?)

Continue story
< Prev : Broken Arrow Next > : Something WAS Rotten