The day was sunny but not too hot and perfect for the outing that Heath and Sam had planned. They had both wanted to get to this park since the beginning of the year and managed to arrive about 30 minutes after opening.

The couple hiked for a while until they found an open area near hiking trails with waterfalls not too far off. They laid out a few blankets to sit on and sat down as they got out their supplies. Sam pulled out her digital camera.. She really wanted a film one but her parents couldn’t afford to get her both and digital was much easier and cheaper to print out actual pictures if she needed them: all she really needed was a decent printer and some photo paper. Besides, she could do things with digital she couldn’t do with film. However, film gave a depth and look to the pictures that was hard to replicate in digital format. Well, someday she’d have it.

Heath’s primary art medium was sculpting. He loved sculpting anything from clay to marble to wood and even metal. He, though, wasn’t sculpting at the moment. Instead he would be drawing and possibly using what he drew as an idea for a sculpture later. So, he took out his drawing pad, pencils, sharpeners and erasers and put them to the side.

Heath leaned over and gave a long kiss to Sam. “Are you going to walk around for a bit or stay here?”

Heath smiled. “Ok, ok, we can save that for later.”

“I think I’m going to walk up to the first waterfall.” She paused. “Maybe, later we can take a longer hike but I’m guessing you want to start on your piece.”

“Yes and we can certainly walk further a little later. Give me like an hour and I should have a good base down.”

The two kissed again, this time shorter, and then Sam stood up. “Ok, I’ll see you in about an hour then.”

Sam wandered off and Heath picked up his pencil and concentrated on each line and curve on the drawing. A blank area suddenly becoming something. He took a moment to take a better look at what he had drawn so far and went back to drawing more. It wasn’t actually a drawing of anything currently around him but here was quiet and peaceful and easier to get work done than other places. He put down the pad for a moment and took a sip of water. His mind going to both of his families; current and past.

Heath was the kind of guy that always seemed calm. He was mature for his age and really didn’t like guys that acted like jerks or were bullies. He loved his adoptive family and they loved him. It was clear, though, he was adopted as they were Mexican-American and he wasn’t but it didn’t matter. Most people thought something had happened to his parents and that’s why he was adopted. Heath never, really, talked about what had actually gone on between him and his biological family, especially, his dad. The students at the school, except Sam and Matt, knew nothing about the fact that he actually came from money. Sam being his girlfriend and Matt his best friend it made sense that they knew but no one else. He just didn’t want to get into it and didn’t really care that he was a scholarship student.

He had been wondering about what to do about his grandmother, his bio father’s mom. The woman hadn’t done anything wrong, actually, she was one of the few people in the family that used to defend Heath against his father. Once his father had kicked him out though he and his grandmother had lost touch. Heath didn’t want her to be in the middle; it seemed unfair to him to do that to her so he had cut her out as well. It was probably the wrong thing to do and a mistake but at the time it seemed like it was for the right reasons. It still did but he was starting to rethink that decision.

She had gotten in touch with him, over the summer, about some money he was supposed to have gotten when he turned 16. Money he could use for a car but he was now stuck in a position of not knowing what to do. He had contemplated getting in touch with his grandmother before he knew about the money. Now that he knew, he didn’t want to get in touch with her because it might seem like he was doing it for the money. Heath wanted to reconnect with her but he didn’t want to do it because of the money. The trick was how to make sure she knew that when he already knew about the money.

His mind went to Sam; he knew that she didn’t care if he was flat broke or had a million dollars. Money wasn’t all that important to her. She had grown up without much and had lived a happier life than some people that they knew that had money. Still, it would be nice to be able to have enough to have his own car and to be able to take her out more often and things like that. It wasn’t that he had no money but, he had to admit, a little more would ease things a little.

Sam wandered up the hill and to the waterfall that was a little past the top of the hill, She began to set up shots and take picture after picture of various things. The waterfall from a bunch of different angles, trees, flowers, leaves, birds, etc. She stayed very still as some deer, does it looked liked, ventured out of the woods and on to the path and quietly got some great pictures of them and when the buck with the large rack of antlers appeared she made sure to get more pics. She managed to also get a raccoon in a tree.

Those pictures had taken about 40 minutes and she put the strap over her left shoulder, crossing it over her body, letting the camera hang under her right arm. Sam looked over the waterfall and her mind went to her own family.

Sam’s parents had been divorced for years but the divorce had been amicable. They even lived down the street from each other and still were good friends. When she was younger she didn’t quite understand how two people could love each other and not be in love with each other, in that way. She was older now though and understood. Her parents hadn’t been much older than herself when they got married and really got married because her mom was pregnant. They weren’t together but they were great parents and they loved their daughter, even if they didn’t have as much as some other people it never really mattered. Sam’s parents were working class, maybe lower middle class. They had a roof over their heads, food, clothing, all the essentials and a few extras but Sam knew if she wasn’t an only child she wouldn’t have been able to get the few extras she did: like her digital camera. It was used but nice and did what she needed it to.

Because of her upbringing though she never really understood Heath and his biological family or Rose and her’s. She had met Rose’s brother and, sort of, understood that Rose’s brother was the only person close to her in her family. She hadn’t met Heath’s grandmother but understood the two had been close. She had met his adoptive family and knew that family was close to Heath. It was the way some families treated their own children like they were expendable she didn’t understand and frankly didn’t want to. She hoped that Heath did, eventually, reconnect with his grandmother, after learning about her. Sam wasn’t about to push that issue though and so she would only bring it up when Heath did.

Sam made her way back to Heath when the time was up and Heath stood up. The two packed up their things and started on their hike going further into the park, which was pretty large. They passed an overlook that let them see for miles, where they took pictures of each other. Two more waterfalls, taking more pictures. Numerous trees and plants. Birds could be heard singing in the trees. They came to another opening and decided to have lunch.

Once lunch was set up they both ate, cleaned up and then Heath leaned back and Sam moved over near him sitting next to him. He said. “I have something for you.”

“You didn’t have to get me anything.” Sam was a little surprised.

Heath said. “I know I didn't have to get it for you but I wanted to. I found it over the summer at a second hand store.” Some girl’s might have been upset that it had been bought second hand but not Sam; Sam liked second hand and retro things so it was perfect for her.

He reached into his backpack and pulled out a small but long and narrow box, clearly the box of a necklace or maybe a bracelet. Sam opened the box and got a big smile when she saw what it was. A silver necklace with a small camera pendant on it. 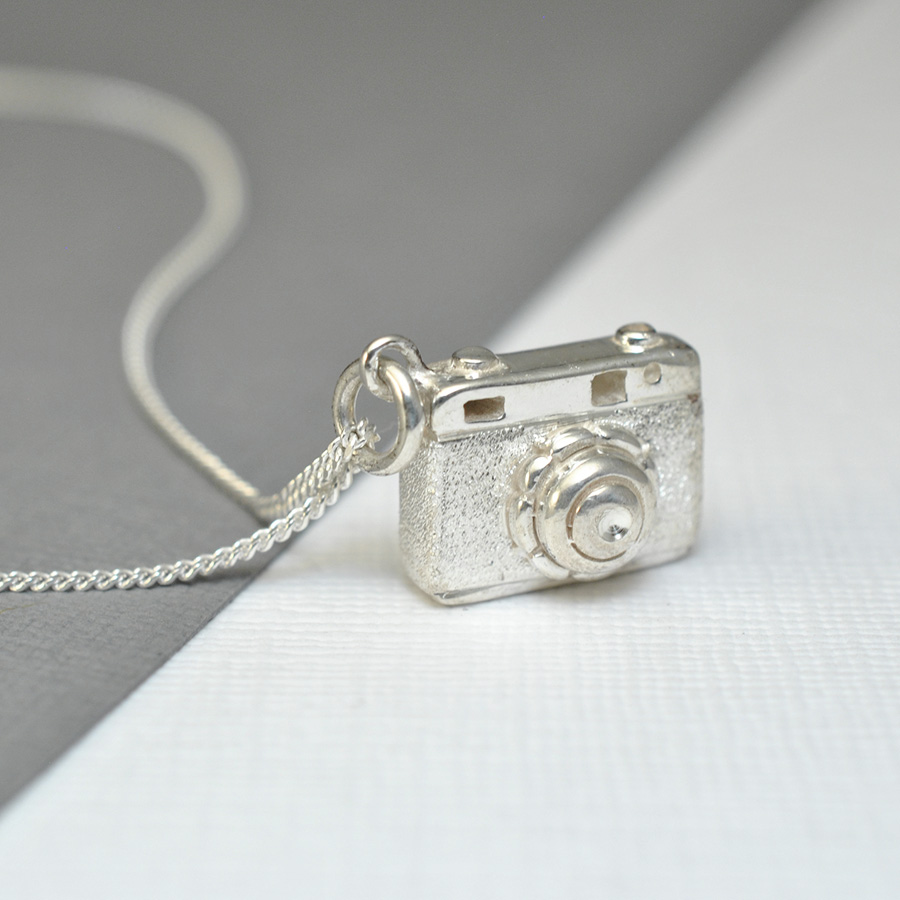 “Of course,” Heath smiled, happy that she had liked the gift. She moved her hair out of the way and he clasped the back of the necklace, letting it fall down in front. Sam turned around and kissed him, deeply. The two were away from everyone; they hadn’t even seen more people at the park so they took their time with each other.

A while later they were lying there looking up at the sky, Sam’s head on Heath’s chest. The two were quiet; as they didn’t need to always be talking to each other and could just be in the moment. It did seem like Heath was thinking about something so Sam asked . “Can I ask what you’re thinking about?”

“You can always ask me that.” Heath said. “I think I might contact my grandmother. I just don’t want her to think I’m doing it for the money.”

“I don’t think she'll think that.” Sam paused. “When you want to do that, let me know and I can be moral support for you or backup or whatever you need.”

Heath kissed the top of her head. “Do you have any idea how easy it is to be in love with you?”

“No,” Sam smiled at the comment. “Is it as easy as being in love with you?”

“Easier.” Heath leaned over and kissed her again. “Well, maybe we should make our way through the rest of the trail.”

The trail would eventually lead them back to the parking lot where the car was as this one went in a circle, pretty much, but they still had a ways to go.

“Sounds good.” Sam said. The two got packed and headed off to explore the rest of the path.

Continue story
< Prev : Those Sure and Those Unsure (Part 4) Next > : The Secret She Keeps