Vampire the Masquerade in New Orleans - a play-by-post rpg

After telling the driver to tour the busy nightlife in New Orleans they got into the limo and took in the scenery as they looked out the window of the moving limo. Adel and Jack took in the sights and became familiar with the city of new Orleans as they drove around. Adele was making mental notes for future business opportunities. Then they had the driver make their way to the Gomorrah Club to meet with the Prince and other Primogens. The drive was nice and pleasant and it did not take long before they arrived at Elysium the Gomorrah Club. Jack got out and helped Adele out of the limo like a gentleman as he kept an eye on his surroundings. Adele gave him a sly smile as she spoke up.

Adele: They said no weapons.

Jack chuckled before he spoke up.

Jack: I am a weapon.

Adele: And a beautiful one at that.

Adele gently caressed her finger tips down his chiseled chest and abs and stopped at his belt with a sly smile.

Jack smirked as he knew she was teasing him again. It was a game they played regularly.

Jack: Are you going to behave?

Jack then closed the limo door and escorted Adele into the club like a gentleman while smiling. Though he looked like a typical Toreador player, he was no easy mark. His past included hardcore training in mixed martial arts before he was turned by Adele and that was important to Adele. She cherished Jack as a life long mate, bodyguard and companion. Jack opened the door and escorted Adele in as they were greeted by the staff of the club.

Meanwhile an old bus that had been poorly refurbished in a voodoo theme was making its way to the club while Erykah Badu aka Queen Mousette sat in the backseat with her entourage. The voodoo bus was normally used for tours and supply deliveries. She was nervous as they got closer since it meant a new Prince and she was not ready for that. However if she wanted her clan to prosper she needed to make the effort to play the game. Granted she was not the best choice as a Primogen for her clan they did not have much to choose from. What made her more suitable was her magic tools that she sold to keep the clan from going broke. 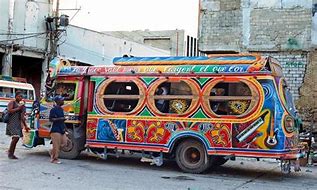 Erykah: Oookay. De only let me ave one guard and no weapons.

Guard 1: That is madness! How will we protect ya?

Erykah: Dem's da rules. If we break dem we can be wiped out.

TinTin: Me boss? But I am too small.

Erykah: Aye. But ya are good wit magic.

Erykah: Aye and TinTin ya need to call me Primogen when we are in da meeten. De are picky about dat stuff.

Erykah: Good we are here so no trouble understan?

After Erykah lectured her crew TinTin hopped out of the voodoo art/bus and escorted Erykah out like she was a Queen and he was a servant. In the clans eyes she was their leader mainly because she was the only one who actually finished high school and because she was good at making magic tools and running her voodoo shops and soul food restaurants. Once they entered they saw the staff of the club and put on a happy Cajun smile.

Continue story
< Prev : The Gomorrah club Primogen meeting- revised Next > : When A Prince Requests A Meeting