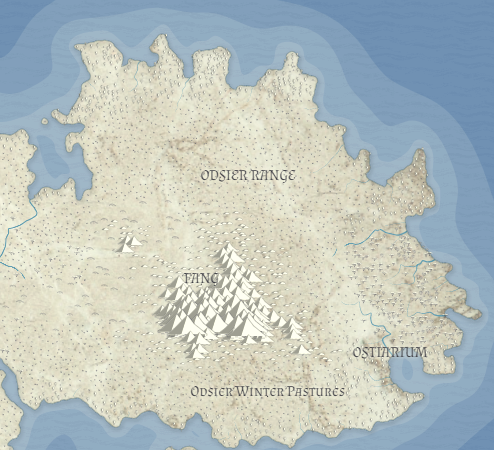 To the west of Arbiter Voah Sahnsuur and her escort reach the Grey Mouth, winter pasture camp, where they attempt to trade with the tribe's leader. The group is learning much about the natives but so are the natives about these newcomers from across the sea.

North of Ostiarium, high in the mountains, Sir Zane and his group make contact with Fang's War Chieftain as it becomes clearer that some in the city have had more contact with the natives than the general population knows about.

Somewhere in the Odsier range an old woman casts her eyes across the pieces moving across the board and turns her attention to Ostiarium.

Continue story
< Prev : Rites Of Passage Next > : Being the clown.