At the end of the day a very confused Blossom was escorted by Ashley and Roxy to head off to the Home Ec room. She knew Ashley was up to something since he had a sly smile on her face.

Blossom: Ashley what are you up to? You're not going to haze me are you?

Ashley gave her friend a shoulder hug as she giggled.

Ashely: No way B. We have a little surprise for you since we want you to make Carter's jaw drop on the floor.

Blossom: You are making me nervous Ashley.

Roxy: Relax Blossom. I'm actually kinda jealous you will get this kind of attention before me.

Blossom looked at the two girls with great suspicions as they entered the Home Ec room and there they saw Jack sitting in a chair playing on his cell phone as Justin was making some adjustments to a red dress on a large dress doll. It looked very pretty as Blossom turned red as she was putting the pieces together of why she was brought there. Then Justin smiled as he turned around and spoke aloud.

Ashley: Just so you know Justin made this just for you for the dance.

Blossom: But how? When?

Roxy: Its best not to ask that till you try it on girl.

Then Jack interrupted them as he spoke while still on his phone.

Jack: I get it Blossom. Your overwhelmed and all, but Justin worked hard on this dress for you and himself. His dream is to be a big shot fashion designer so he needs models and advertisement of his work. So just say thanks and try it on before we miss dinner.

Everyone looked at Jack who was still on his phone as if it was not a big deal. Then they looked at each other again as they let Jack's words sink in.

Blossom: Thank you Justin. I don't know what else to say.

Justin: Just try it on with Ashley and Roxy in the bathroom for now since I need to see if I need to make any adjustments before the dance.

Then Blossom, Ashley and Roxy took the dress to the bathroom to put on Blossom as they gossiped about how cute Blossom looked and how Carter was going to be enchanted by her at the dance. Once they liked how it looked on Blossom they went back to see a smiling Justin and Jack who was still on his phone playing games. Justin covered his mouth with excitement as he jumped up and down a bit.

Blossom in her dress 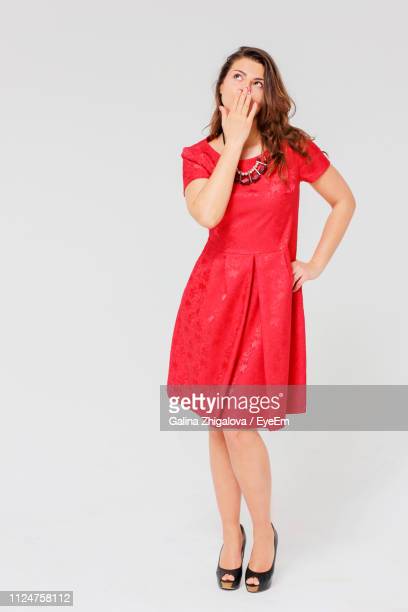 Blossom turned as red as her dress as she was embarrassed. Ashley kissed her on the cheek and then spoke up.

Ashley: You do B.

Roxy: I call dibs on the next dress.

Ashley: You mind adding my name to the list too?

Justin: Of course ladies. I need to build up a rep after all.

Blossom: I can't afford this though.

Justin: Relax girl. It only cost me time and material. Real advertisement like on mass media will run me a few million. Word of mouth is cheaper and easier to work with for a rookie like myself.

Roxy: Besides you are modeling his dress around a bunch of possible customers. Justin seems to have thought this put already.

Ashley: And you look very cute to B.

After a bit more of complimenting Blossom, some photos and boosting her confidence, Justin made a few minor changes before the girls took the dress back to Blossom and Ashley's room to hide in the closet. While the girls were gossiping Jack helped Justin clean up in the Home Ec room before taking the rest of the material back to their room to store. Justin was eager to upload the pics of Blossom on his computer for his future debut. Then Justin had Jack text Ashley and Roxy for their body sizes so he could give them to Justin for his records on their future dresses. Of course Ashely and Roxy teased Jack for asking about their sizes and offered to let him double check them if he was a good boy. Jack's face turned red as he ended the conversation with pout and pulled the blanket over his head.