I have always chosen Death

<<The Jotun turned towards Heimdall, “My thanks for your aid against Hel." He left it at that and went to find Dyvia.>>

Caligari raised a single eyebrow at the Jotunn’s back and shook her head, clearly disappointed. The giant seemed determined not to speak to her and indeed was proving capable of ignoring her every action though she commit them right under his very nose. Perhaps it was the giant’s way to be drawn toward larger than life beings, but for those who relied on insidious tactics, even when anything but subtle - well the Jotunn did not appear to feel any need to thank them or acknowledge their contributions. Cali was a relatively recent addition to this party so perhaps that was just the way of things, but it didn’t mean she had to like it. Or suffer them in silence.

Crudely parroting Erik’s voice, Caligari spoke up. “Thank you, Witch. Consuming the beating heart of a goddess must carry with it great ramifications to yourself.”

Shifting back to her own voice she pretended to wipe daintily at the edges of her mouth. “Think nothing of it, giant, as I’m sure you don’t.” Cali whipped the flower from behind her ear and tossed it to the ground, stomping it under her bare foot in a brief moment of ill temper.

<<"I am bound to this realm now. I am ever called to watch and so I will. As I stood on the bridge of the heavens now I will stand at the gates of Hel until my watch is ended."

"Not so harsh for one such as I." Heimdall countered, and then peering over to the witch he frowned. "Caligari mother of darkness, much has changed within you and I sense that should you choose to take the empty throne it would accept you. The realm of death requires a new mistress, her borders are weakened and will be so until the matter is concluded. A choice is set before you... what will it be? Are you ready for such an ascension?">>

“You are serious? I’ve spent my life bypassing Hel’s unjust confinement of the dead and now you’d have me wrest control from her inert hands to sit upon that very same throne?” Caligari glanced down at the carcass of the deposed goddess and quickly looked away. Mother of Darkness - that’s what Heimdall had called her. And Hela had referred to has as daughter, but she was known for ensnaring others to her will. Well, that will was no more. Hela was no more. And who better to sit upon the throne than I, Cali thought to herself. I needn’t follow in her praxis to follow in her footsteps. I will never again be in such an opportune position to honor my soul-sworn oaths to the dead, those vows and commitments I made along the way in exchange for power and protection. And why did I imperil myself so many times if not this?

When Cali raised her eyes she was standing before the black throne. She looked briefly over her shoulder to the others, buying herself one last moment of decision. There would surely be repercussions, but better to deal with the cost of power than the lack thereof. She squared her shoulders and climbed the dais, turning to lower herself carefully upon the throne, half expecting to be blasted to nothingness the moment she touched it.

"I will endure this sentence, with all it's cost and all it's boon. If the realm will take me, I will give myself to the realm." Cali deliberately laid her arms along the cold stone and gripped it's edges with her palms. "I would be Queen of the dead." 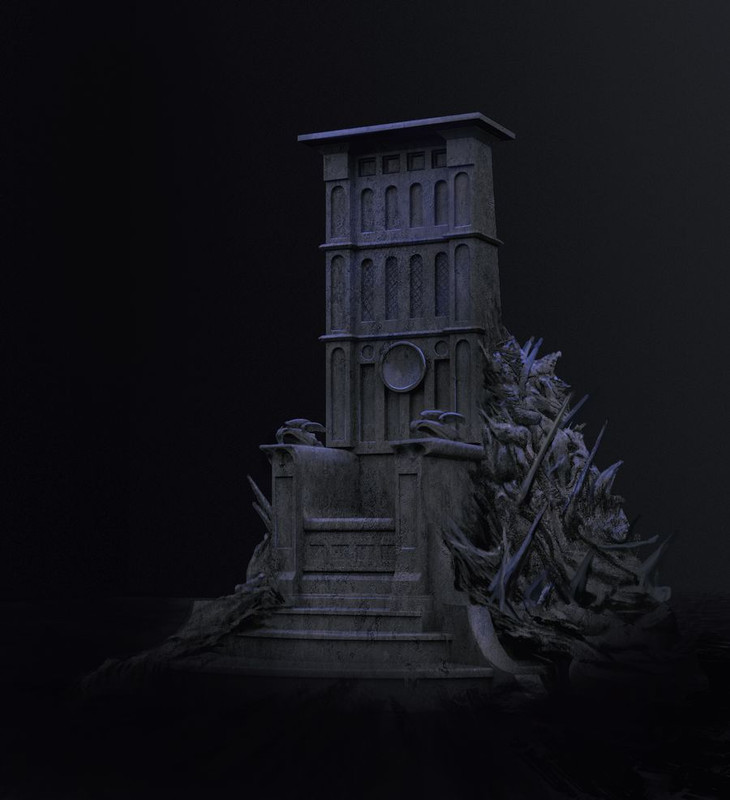